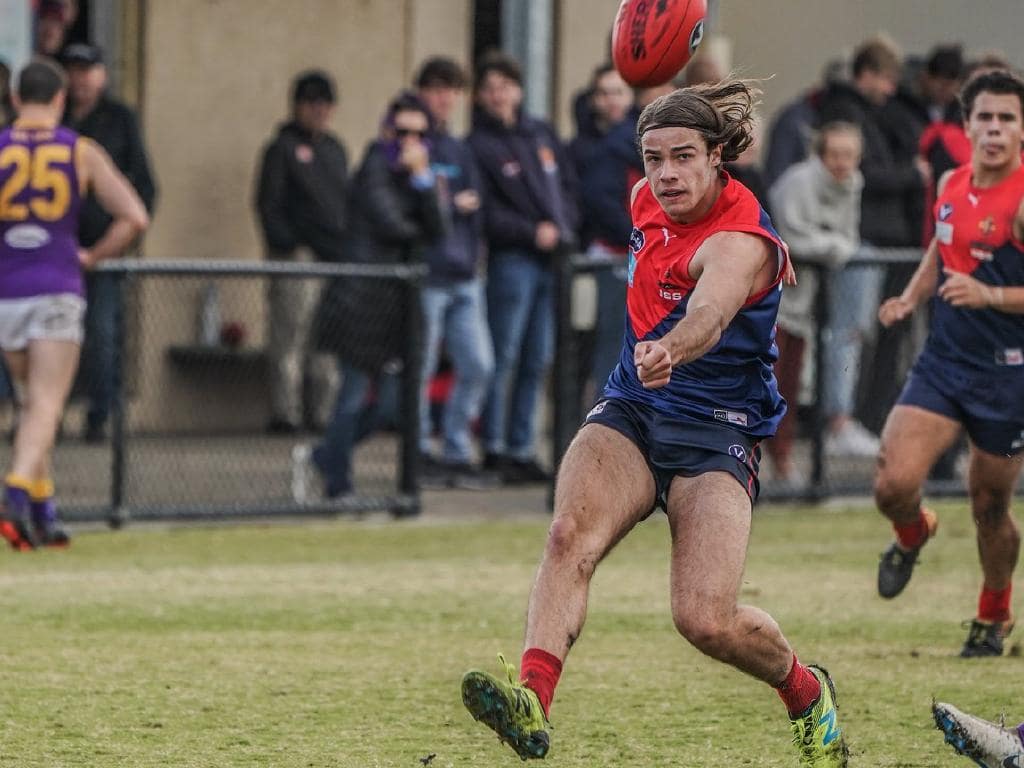 The VAFA congratulates Old Brighton’s Hamish Dick who has been named the Round 13 Men’s Rising Star after his 20 disposals and standout effort in the Tonners’ narrow loss to St Bernard’s on Saturday.

“Hamish first played in the under 19s at Old Brighton in year 10 whilst at school and he played first OBGFC whilst in Year 12. He also played in the U19s Section 3 premiership that year.

He has been playing in various positions this year from wing to forward and can break lines with his turn of pace.

Hamish loved playing for the Big V U19’s this year where he met a new group of friends from the opposition teams. His aim is to be part of William Buck Premier flag with his mates under the guidance of his idol Greg Hutchison.”