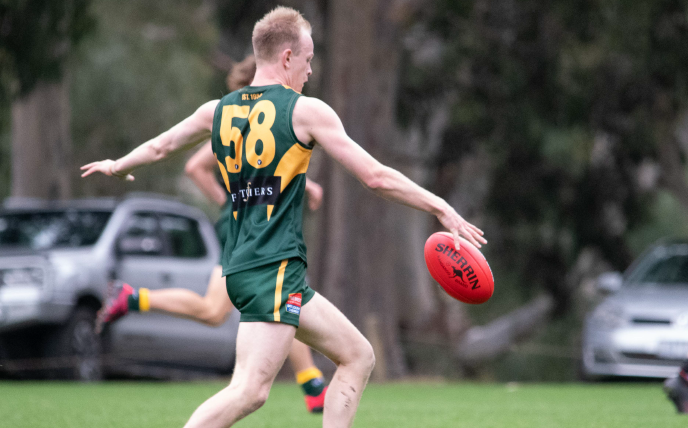 Congratulations to Old Trinity young gun Oliver Stella who has been named the Round 6 Men’s Rising Star nominee following his outstanding performance for the T’s in their draw with Old Brighton on Saturday.

Ollie plays like Christian Salem, creative off half back, good user, tough and great defensively one on one. Ollie has great drive and work ethic which he applies game day, willing himself to multiple contests both in the air and at ground level. Although he is a small defender, he is super tough and reliable.

A quiet clubman, Ollie lets his hard work on the training track do the talking. Ollie has led the charge along with 4-5 other key players from the U19s who have pushed into the senior group this year, completing a large senior pre-season and being a key contributor since making his senior debut.”