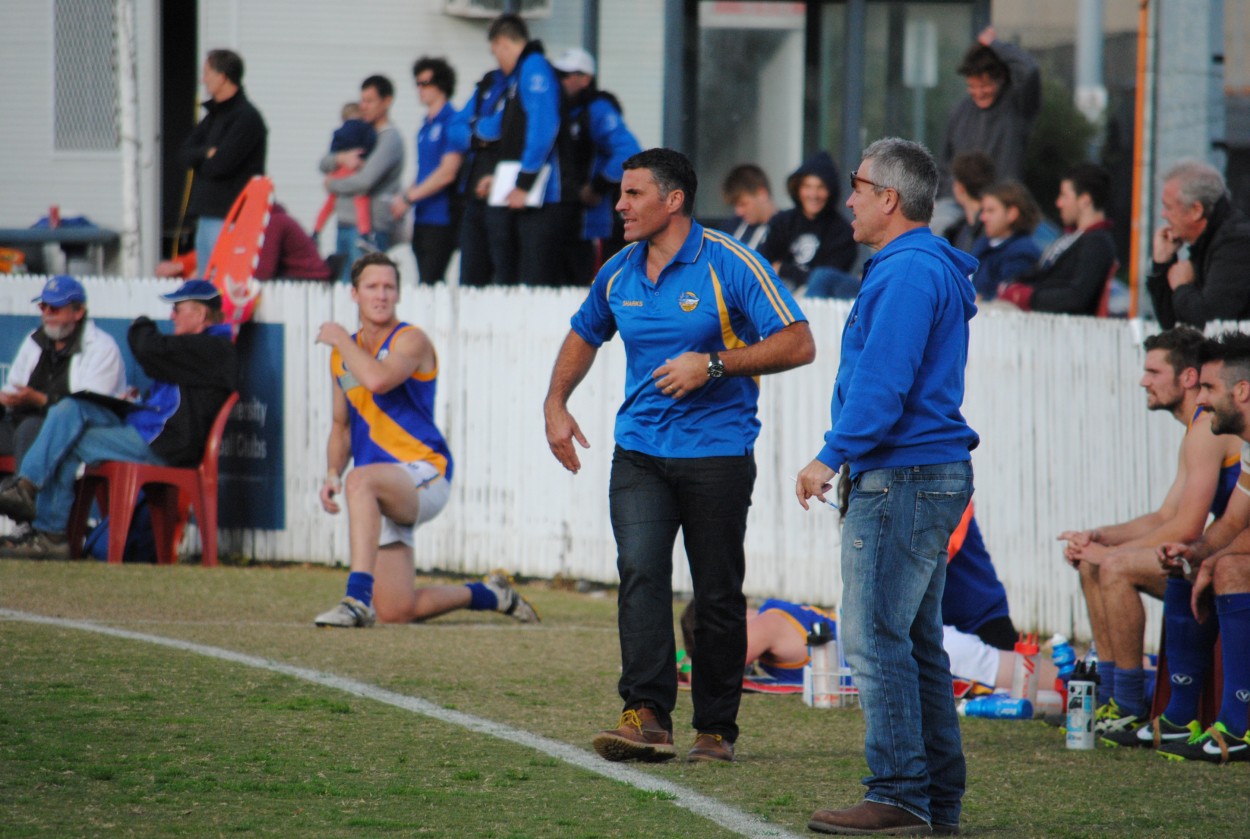 Jason Mifsud has stepped down as senior coach of Beaumaris Football Club effective immediately, after six years in the role.
Mifsud told the players of his decision to stand down before training on Tuesday night, reasoning that this would give the club the best opportunity to perform at their peak in the final seven rounds of the year.
In an unprecedented scenario, Mifsud becomes the third Premier Section senior coach to not complete the full 2013 season at the helm of the club they started with.
Beaumaris President Ron Buller confirmed that the split was an amicable one but told vafa.com.au that the club tried to talk Jason out of his decision.
“Jason informed us that it was in the best interests of the club if he stepped aside for the remaining part of this year and whilst we tried to talk him out of it, we respect his decision” said Buller.
Assistant coach Craig Tonkin who served for six years under Mifsud and has been an assistant for eight years at the club will take over as interim coach for the remainder of the 2013 season.
Mifsud told vafa.com.au that his time coaching Beaumaris Football Club had been some of his most rewarding in football.
“I have coached country clubs, junior clubs and now an amateur club and Beaumaris have been one of the most, if not the most special football clubs I have been associated with, they will always hold a place in my heart and I am eternally grateful for the way they welcomed me and my family into the club” said Mifsud.
The decision to leave mid season was a difficult one but Mifsud was confident that the club is in a great place to secure the wins required to remain in Premier and possibly win even more than that requirement with the possibility of finals still there.
“To be successful in anything and particularly as a coach you have to be obsessive and once you lose that obsession you have to be honest with yourself and more importantly honest with the people you are working with.
“For that reason it was the right time to go to give the club the best chance of success this season” said Mifsud.
Ron Buller said Jason was always welcome at the club.
“Jason is still a massive supporter of Beaumaris and he will likely attend most games, but he felt the time was right for the players to hear a new voice” Buller said.
Mifsud has taken the club from Premier C to Premier for the first time in it’s history collecting the 2010 Premier C premiership on the way. In 2012 Beaumaris were runners-up in Premier B earning promotion to Premier for the first time in their history, becoming the first solely district or community club since Ormond in 1996 to play in the top section of the VAFA.
“On behalf of the Beaumaris Football Club we would like to thank Jason for his services to the club, it has been an excellent partnership and all of the footballers that have played under Jason have come out of the experience as better players, but more importantly better people” said Buller.
Beaumaris join St Bernard’s and University Blues in Premier and Oakleigh in Premier C as clubs to have changed senior coaches mid season in 2013.
Beaumaris’ next match is a tough away trip to second placed University Blacks.