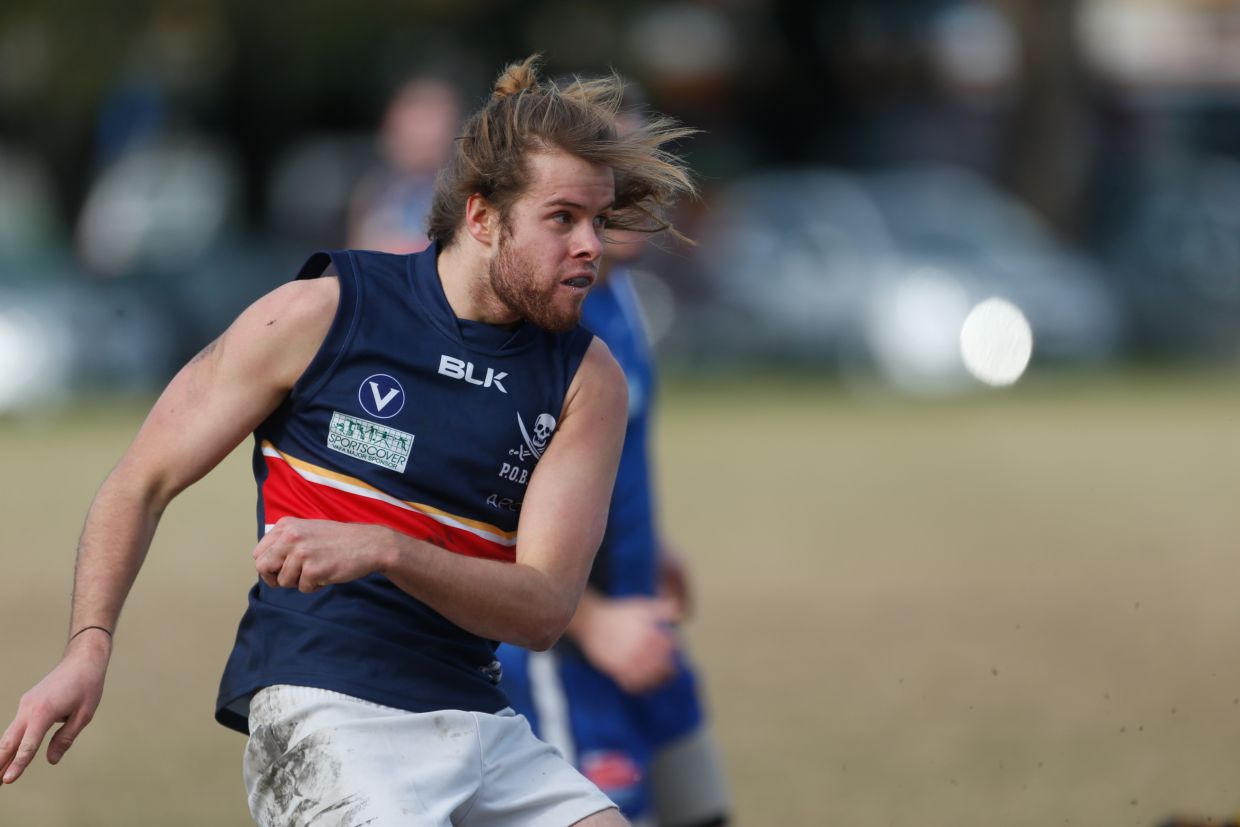 Nodders back on top, Parkinson leads CYs to upset win over Fields

Mazenod returned to the top of the Premier C ladder with an important 23-point win against Peninsula at Central Reserve earlier today. Three unanswered goals in the first term proved the difference as the Pirates struggled to reduce the margin for the remainder of the match. Stephen Welsford and Dean Izon were outstanding for the Nodders, while Adam Smrdel and Division 1 scribe, Tom Feldgen, fought hard for the Pirates. Both sides are guaranteed finals but the Nodders will take the 2-0 ascendancy should they meet in September.

Six goals from Adrian Del Monte led Old Ivanhoe to their second win from three matches as they accounted for Oakleigh by 65 points at Chelsworth Park. Matt Ferguson (three) and Nick Marshall (two) chipped in with five of the Hoes goals, while Will Gough starred in a best-on-ground display. Trevor Bromley bagged three of the Krushers’ six majors, but they now sit in ninth and half a game behind Marcellin.

Williamstown CYMS put a three-game winless streak behind them and kept their slender finals hopes alive with a 26-point victory over Caulfield Grammarians at Fearon Reserve. Trailing by five points at half time, the CYs booted 10 goals to five in the second half as Mitch Parkinson starred with five of his own. Daniel Calman-Orr registered two and was named best afield for the CYs, while Declan Reilly kicked three for the Fields. The CYs move back into fifth spot on the ladder and two and a half games behind the Hoes, while the Fields fall from first to second.

Old Camberwell’s mission to avoid relegation took another step forward as they recorded their third consecutive victory, running over Kew in a 13-point come-from-behind victory at Gordon Barnard Reserve. Trailing by four points at three quarter time, the Wellers nailed three goals to one in a hard-fought final stanza. James Allen led the charge as the best Weller on the field, while Max Waters racked up his second consecutive standout display for the Bears. The Bears are now 14 points behind the fourth-placed Hoes and mathematically unable to make finals.

Marcellin registered a much-needed victory in their bid to remain in Premier C in 2017, defeating Ormond by 26 points at Marcellin College. Four unanswered goals in the second term proved the difference as the match wore on, with Timothy Montagna and Jono Blanch starring for the Eagles. Dimitri Fasoulis played a lone hand for the Monders as he bagged five goals in his strongest performance for the season. The Eagles move to eighth on the ladder and two points ahead of the Krushers, while the Monders remain 10th with three wins.