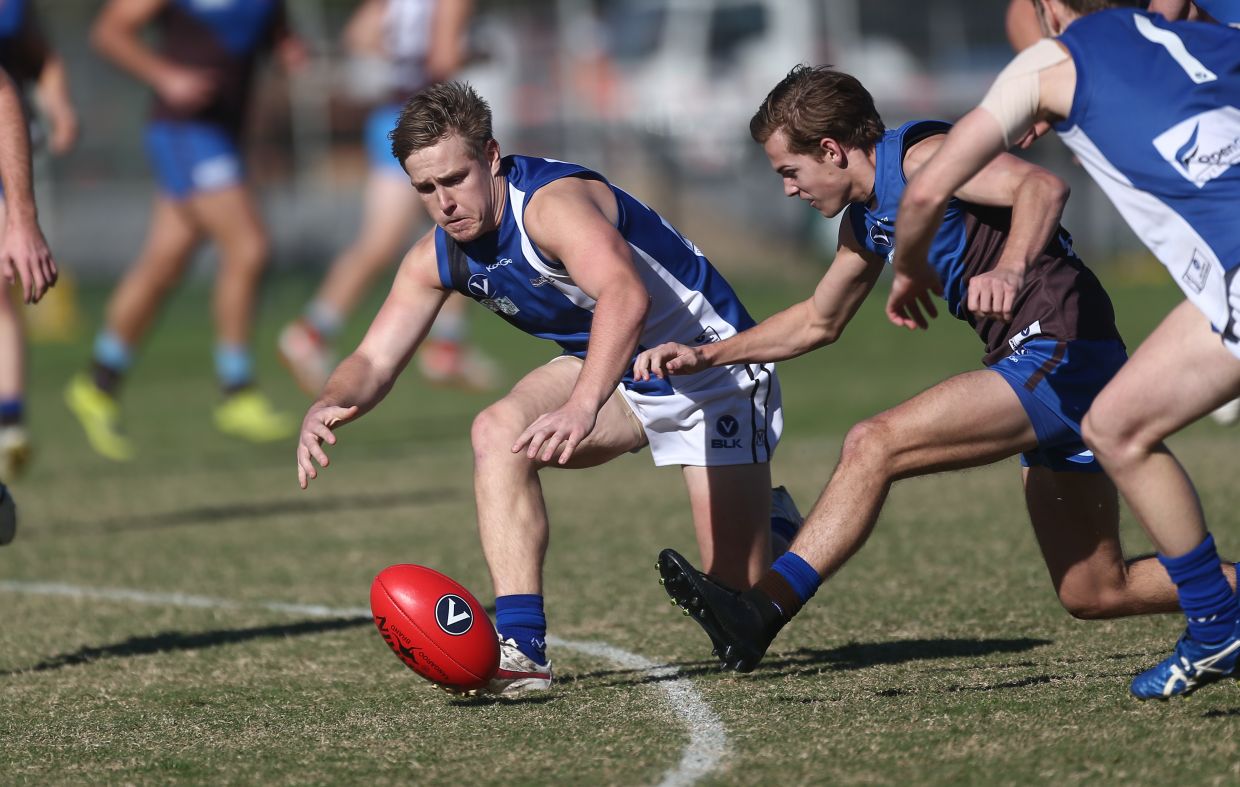 Nodders triumph under Phibbs in 2016

Throughout the 2016 Premier C season, we saw teams triumph and others fight for survival. It was another exhilarating year, one that showed the equality of the entire competition, particularly Kew who were previously promoted for the third consecutive year and managed to finish fifth. Peninsula, who finished fifth last season, secured a Grand Final position in 2016. Marcellin finished the 2015 home and away season on top, yet with how competitive Premier C is, finished eighth in 2016 as they escaped relegation in the last round.

Mazenod are deserved winners in 2016, capping off a stellar year with 14 home and away wins. A disastrous 2015 saw the Nodders relegated from Premier B, the loss of quality players and coaches. Enter Ben Phibbs. Since Phibbs’ appointment in October last year, the Nodders have sought redemption through best and fairest winner, Rob Mann, Stu Inglis and Steve Welsford. Having three players (Bradley Kovac, Thomas Cincotta and Kieren McKeogh) kick more than 25 goals for the season proved to be the Nodders strength. They found avenues to goal across their forward line and midfield, proving to be too difficult for opposition to stop. I expect the Nodders to continue their good form in Premier B in 2017.

The Peninsula Pirates almost capped off a fairy-tale season. They finished the home and away season in third position, three wins behind the ladder-leader Caulfield. Yet come finals, the Pirates would win two of their three games, to secure a grand final position but sadly that was where their run ended. It was their eighth senior grand final appearance but they continue to search for that elusive first flag. The spine of Peninsula was almost the best in the competition; Brad Schurman at full back, Nick Fisher in the ruck through to Stefan Barbour deep forward. Their spread of quality and attention to detail through their game plan was what made them so dangerous and they now enter Premier B for the first time.

Caulfield’s home and away season was a standout, seeing them hold top spot for the majority of the year. Unfortunately, they fell short in the finals losing in straight sets. Louis O’Keefe took his game to a whole new level, slotting 54 goals and establishing himself as an elite forward. The Field’s ability to score outside of their deepest forward was a strength of theirs, particularly William Barker who become a goal kicking midfielder in 2016 on his way to their best and fairest. With the quality list that Caulfield has, I expect them to be a top two side again in 2017.

Old Ivanhoe held onto a top four spot for the majority of the season, pushing up to third during stages of the year. Their final game was a close encounter with the Pirates which showed how close the Hoes were to grand final prospects. Adrian Del Monte won the league goal kicking award with 65 for the season, his second highest tally behind his 2013 efforts. Next year the Hoes need to capatilise with the likes of Jay Bruno, Carl Groth, Chris Johnson and Matthew Ferguson closer to the end of their career. Ultimately, inconsistency was their biggest issue as they defeated the Pirates twice throughout the year, but backed it up with losses to Old Camberwell and Oakleigh. Their ferocity and attack is second to none and I look forward to seeing what they can provide in 2017 once they close the gap between their best and worst performances.

Kew Bears were aiming for the fairy-tale of four consecutive flags but sadly their run of dominance came to an end in 2016. The Bears were always on the fringe of the top four sides and proved in many circumstances they were capable of beating the best. Ian Aitken has coached a group of young players over the last four seasons, developing them into an exciting force. Much like the GWS Giants, if the Bears can add some experience to their side during the off-season and maintain their list, I see them being the biggest improver in 2017.

Old Camberwell had a fantastic finish to the season to end up in sixth position and well clear of relegation thanks to five victories from their last six matches. Thomas Kanz was the shining light kicking 40 more goals than his nearest teammate. Phillip Bennett was consistently good for the Wellers all year and will hopefully lead them further up the ladder in 2017.

Williamstown CYMS fell from sixth to seventh but were two games clear of relegation. Their goal kicking was limited with the loss of Nick Ebinger to Williamstown VFL in the pre-season but Mitch Parkinson stood up during his 13 games for the season with 23 goals including a bag of six. Thomas Gill was one of the young guns for the CY’s who stood up during the year.

Marcellin had not found themselves in this position of the ladder for a number of years. After a recent stint of dominance in Premier C, Marcellin finished eighth in 2016. It was a mixed bag of results for Marcellin, finishing with two draws against Mazenod and Old Ivanhoe but losing 10 games for the year. Jeremiah Antypas showed he has the capabilities to be a dominant footballer by kicking 32 goals from only 12 games. My standout performer was James Robertson who, in only his second year of senior football, kicked 27 goals.

Despite the twin towers in Aaron Cloke and Trevor Bromley combining for nearly 100 goals, Oakleigh managed only five wins and will now be relegated to Division 1. Dermot Cleary was the Krushers’ best player during the season and it is anticipated the Krushers will return to Premier C in 2018. If Cloke can continue his dominance, he may be in for that elusive centurion next year.

Ormond will return to Division 1 after finishing on the bottom of the ladder. Luke Gogis had a successful first season back at the club after three years away, being named in Ormond’s best players 12 times and being named vice-captain of the Big V U19s in July. Robert Chisholm was the Monder’s best avenue to goal, kicking 36 for his side, including a bag of eight against the Pirates. Ormond missed their chance to take home the Division 1 flag last year and will no doubt be on the hunt for redemption.