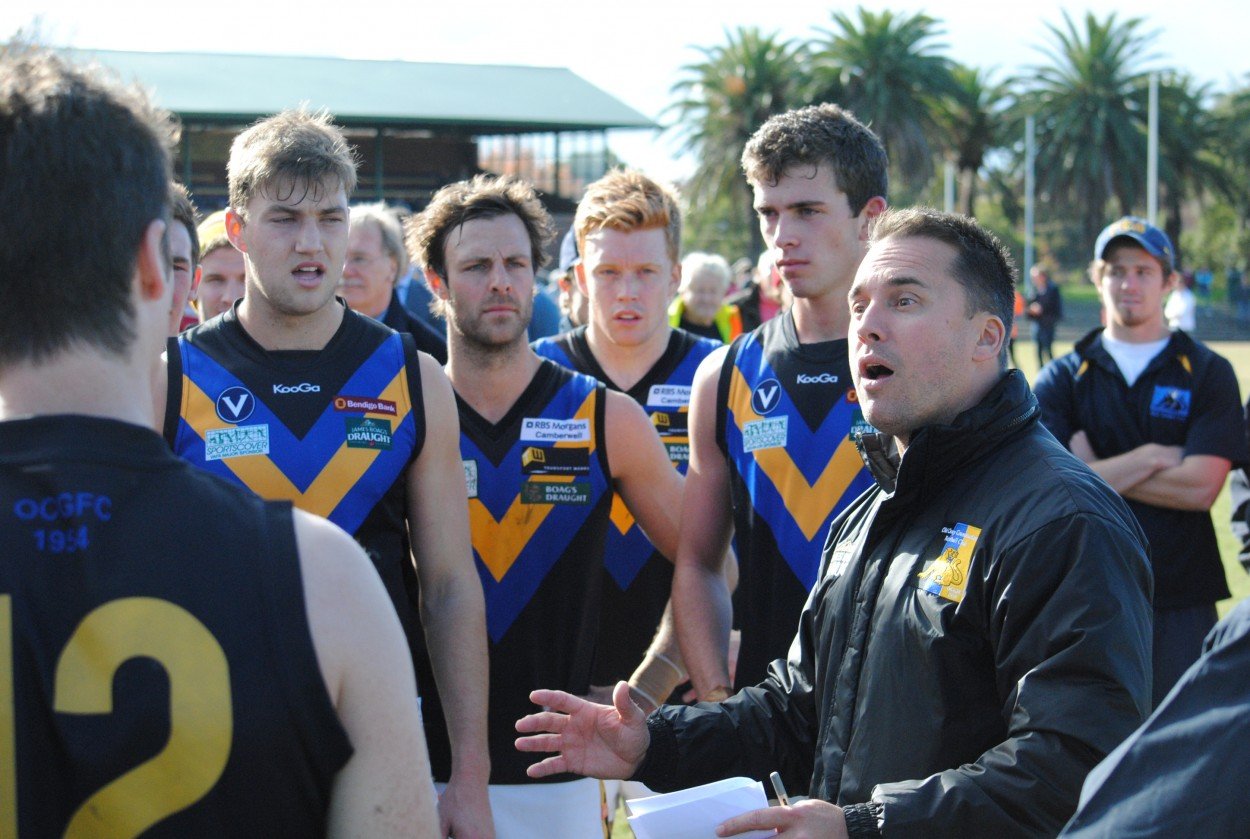 Old Carey have announced that their 2013 Senior Coach, Steve Cochrane together with Development Coach Paul Breen tendered their resignations at a meeting with Committee representatives last week. Under 19 Coach Michael Tarrant is yet to decide his plans for 2014, the club has expressed a strong desire to have Michael involved again and build on his achievements this year.
The committee would like to take this opportunity to publically express our gratitude to both Steve and Paul and their assistants for their commitment, endeavor and professionalism demonstrated throughout 2013 in what has been a very tough season for all Old Carey teams. We hope to build on a number of foundation initiatives implemented by Steve and Paul.
Players, partners, parents, sponsors and supporters will get the chance to acknowledge Steve and Paul’s contributions and say farewell at the club’s B&F on Friday 4th October, both Steve and Paul and their assistants will be attending.
So looking to the immediate future we are now advertising for a Senior Coach for 2014 and expect to receive quality candidates ready to take on the challenging role.  In the meantime we are working on player retention and recruitment opportunities; there is no time for rest.