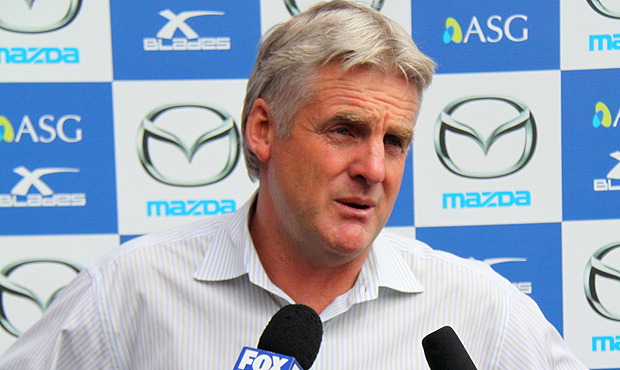 Old Scotch FC has moved to reappoint key personnel ahead of the 2021 season with Donald McDonald, Mark Gnatt and Chris Goldstraw recommitting to the club.

The Cardinals, whose senior men’s and women’s teams both played off in their respective grand finals in 2019, made the announcement via president Tim Shearer on the club website earlier today.

Gnatt will lead the senior men’s side back into William Buck Premier after coaching their Holmesglen U19’s to their first Premier flag in 67 years, while Goldstraw made the move to Camberwell Oval from Forest Hill in the EFL earlier this year.

McDonald is as well-credentialed as they come and has brought a wealth of knowledge and experience as a former AFL player (North Melbourne), coach, and administrator.

Read the club’s full announcement below:

The Old Scotch Football Club is delighted to announce the following senior appointments for our centenary year in 2021.

Donald McDonald has been reappointed as the club’s Football Director for the 2021 season. He was appointed for 2020 however due to COVID-19 did not get the chance to see his work rewarded on match day. He has done a superb job to date in the role and we look excitedly towards 2021 for how all of our teams go. Donald has a wealth of playing, coaching and administrative football experience at AFL, VFL & community level. He played 155 AFL/VFL games for North Melbourne (1982-92). He was Captain-Coach of Werribee in the VFL (1993-99), premiership in 1993 and Coach of the Box Hill Hawks in the VFL (2000- 02), premiership in 2001. Donald was Senior Coach at Hawthorn Football Club late in 2004, succeeded by Alastair Clarkson for 2005 and Assistant Coach at North Melbourne that year. He has since worked in number of key roles at the club, including Football Manager. Donald was senior coach of Avondale Heights Football Club (2017-19) in the premier division of the Essendon Football League.

Mark Gnatt has been reappointed as Men’s Senior Coach for the 2021 season. Mark was appointed for 2020 however due to COVID-19 did not get the chance to coach the club on match day. He has done a fantastic job to date ‘off field’ in the role and we look excitedly towards 2021 for how the Men’s team will go in Premier ‘A’ section. Mark joined the Club in 2000 from VFL club Box Hill, debuting in our Men’s 1st XVIII and playing 84 games from 2000-06. In 2017 Mark was appointed coach of our under 19 reserves team, taking over the under 19 premier team during the season. In 2018 he coached our under 19 premier team to a Grand Final, where we were runners-up and in 2019 took the team to the VAFA Holmesglen Under 19 Premier Section premiership, our first since 1952.

Further coaching appointments for both the Men’s and Women’s football programs will progressively be announced in the coming weeks.