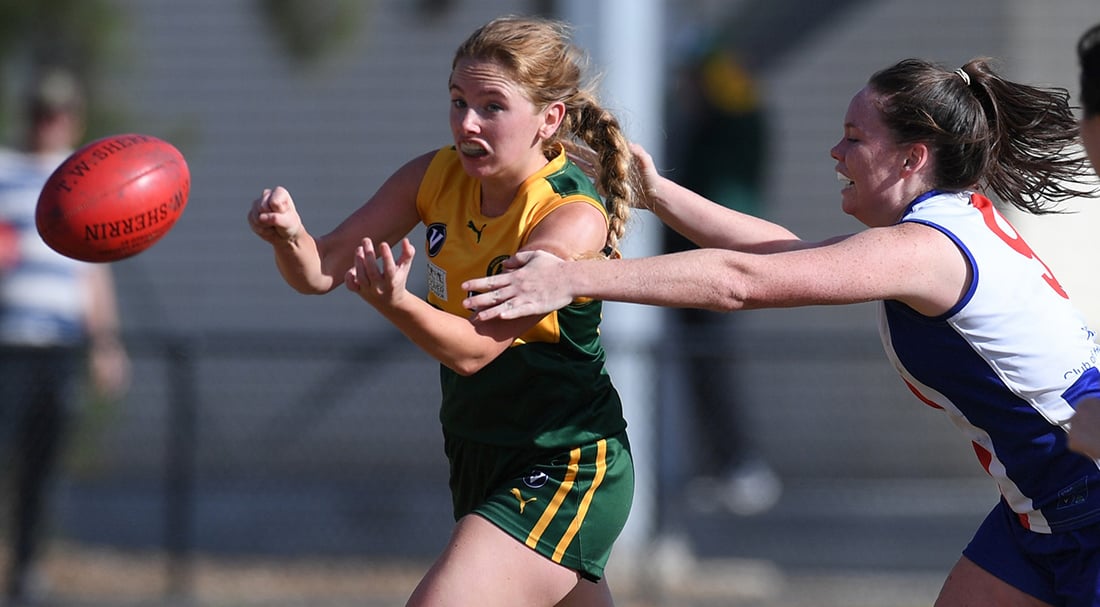 Rovers find their range in D3W

With both teams entering round 4 undefeated, Hampton Rovers and Glen Eira’s clash was a roller coaster affair. However, it was Hampton Rovers who left as the only remaining undefeated team in Women’s Division 3, claiming a 14 point win at Packer Reserve. Scores were level at quarter time, before Hampton jumped out to a 21-point lead at the main break. A better showing from Glen Eira in the third quarter reduced the margin to just 7 points at the final break, setting up an intriguing final quarter. Hampton boasted 6 individual goal kickers across the day, with a 2 goal to 1 final term to seal the win. Holly Watkin was the standout for Glen Eira, slotting 3 goals of her own. Bianca Lenarcic continued her hot form with a best on ground performance.

An 8 goal haul from Lindi Nankin led AJAX to an 104 point demolition of Emmaus St Leos at Lindsay Hassett Oval. A very accurate AJAX team slotted 6 straight goals in the first term, before piling on another 10 goals for the remainder of the game. Jess Israel and Maya Burstin booted 3 goals each, but best on ground honours belonged to Gabrielle Mendelow (AJAX). Usual contributors Ebony Ratcliffe and Victoria Holt led the way for a struggling Emmaus St Leos outfit who will hope to kickstart their season against Power House. It’s 2nd vs 3rd next week for AJAX, as they turn their attention to a big game against Bulleen Templestowe.

Oakleigh continue to put pressure on those teams sitting in the top four, this time with a convincing 41 point win over Power House. Victoria Kovacevic proved to be the major difference in the game, with a dominant 5 goal effort. Maggie Minchin also starred for her team, claiming best on ground honours. Grace Curran, Lauren Taylor and Katie Nolan continued their strong starts to 2021, all featuring in the best for Power House. Still searching for their first win of season 2021, Power House will head to Bennettswood Sports Ground in Round 5, to take on 8th placed Emmaus St Leos, whilst it’s a crucial clash for Oakleigh, coming up against 4th placed Glen Eira.