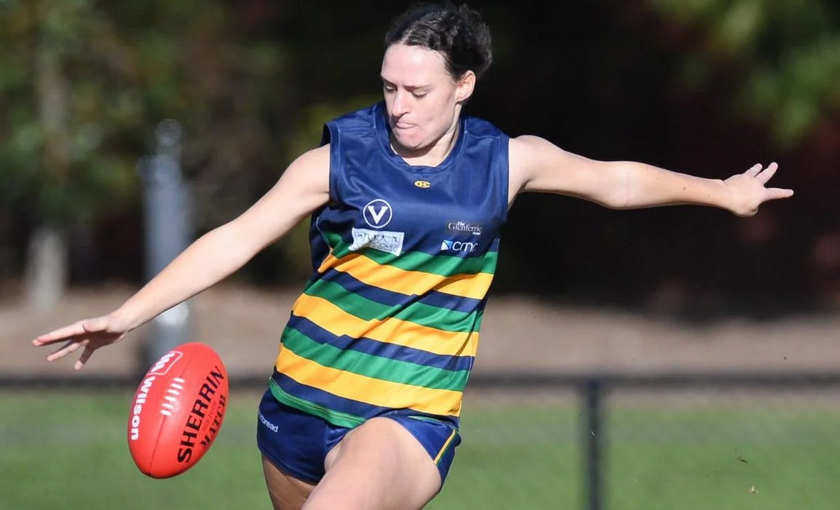 Despite not registering a goal until late in the third term, SKOB Saints have opened their 2019 account with a win after dispatching Fitzroy by 14 points at Brunswick St Oval. The Roy Girls showed class early, with Teresa “Razor” Zampaglione slotting the first major for the match followed by Elizabeth Olney’s goal in the second, all while holding the Saints to just five points come halftime. A 19-point final term by the SKOB girls put the match out of Fitzroy’s grasp, with efforts from Margie Gleeson, who’s work-rate in the backline was epitomised by an epic run-down tackle deep in the 4th, Morgan Lowe and Asha Mendel pivotal in their team’s success. Tash Ross-Harris was named best for the Roy Girls, while Alexandra Monteiro and Hilary Collett also impressed.

One round down, and we already have a draw in our William Buck Premier Women’s competition after West Brunswick and Kew finished with 33 points apiece at McAlister Oval. In what was a relatively see-sawing affair, the Westies had the upper-hand after the opening term after claiming the first major of the match, before the Bears dug-deep to take a 13-point advantage at the main break. After braking her scaphoid three years ago, Kew senior captain Tara Donnan was back on the field for her 50th game this weekend, and celebrated the occasion with a goal to her name. Transferring from Whitefriars, 2018 Goal of the Year kicker, Eilish Boyd, made her mark in her first match for the Bears after kicking two majors, while Sarah Kenny achieved the same feat for the Westies. For West Brunswick, Annie Mack’s clutch goal from the pocket late in the final term to level the scores impressed, as did teammates Yolanda Jones (BOG), Kristi Harvey and Donna Yeatman (1).

Old Trinity have opened their 2019 campaign with a win after accounting for Marcellin to the tune of 16 points at Bulleen Park West Oval. The Sheagles were strong early in the piece, holding Old Trinity to eight points in the first quarter while kicking 14 points themselves, before a three goal second term saw a change in the tide and gave the visitors a 12-point breathing space going into halftime. Old Trinity continued to pile on the score thereafter, a credit to the three-goal efforts from both Ruby Long and Amanda Fogarty, while Marcellin’s Shaylee Taylor continued her goal-kicking supremacy from 2018 as the section’s leading goalscorer with three majors of her own. The Sheagles also acknowledged Libby Whiting and Gabrielle Duncan’s efforts for the day, while Isabella Hayes and Lucy Aitken were highlighted for the victors.

St Mary’s Salesian walk away from their first encounter in the William Buck Premier Women’s competition with a win after downing reigning premiers, Melbourne University, by 31 points at Ferndale Park. The Saints took little time to adjust to the VAFA’s top women’s section, holding the Mugars scoreless in the first quarter while accumulating 2.2 themselves, and they continued to oppose themselves in said fashion for the duration of the match. The dashing pace of Elyce Hay and defensive efforts of Vanessa Lewicki and Caulfield Grammarians recruit, Lucy Lechich, was instrumental in keeping the Mugars in touch at the major break, but the multitude of goal-kickers in the Saints camp, namely Holly Ellis (3), Alice Angley (1), Claire Murray (1), Madeleine Nunan (1) and Stephanie Lawrence (1), proved too much in the second half.