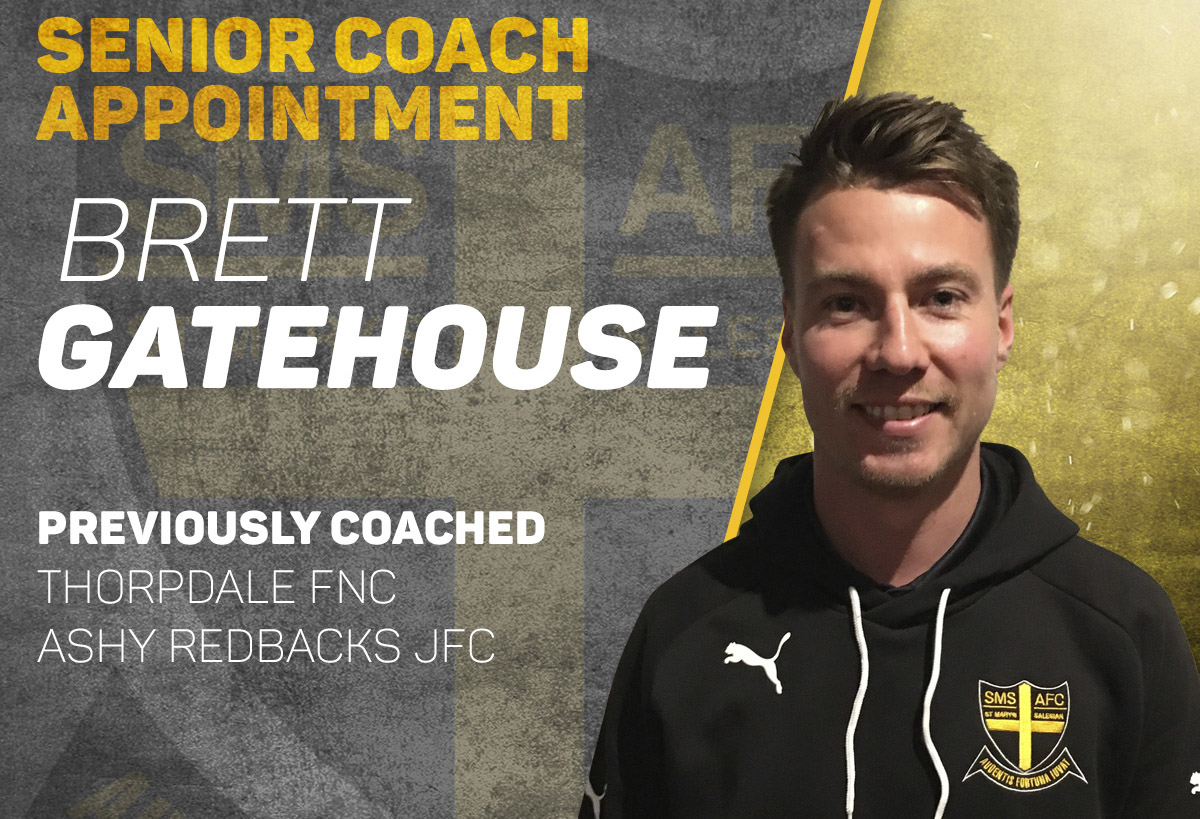 Following a rigorous and extensive coaching selection process, St Mary’s Salesian President David Malcolm has announced that Brett Gatehouse has been appointed senior coach of the club for the next two seasons.

As a player, Brett joined St Mary’s AFC in 2007 (before their amalgamation with Salesian Old Boys) and was a part of their rise from Division 4 to Division 1. Having played well over 100 games, he is their longest serving club captain, leading the club from 2012 to 2016. He has a wealth of playing experiences, as he has also been involved at Old Trinity Grammarians (VAFA William Buck Premier), Cairns Saints (Cairns Football League) and Thorpdale Football Netball Club (Mid Gippsland Football League).

In 2016, he was the Under 17’s Division 1 Colts at Ashy Redbacks. In 2017, he joined Thorpdale Football Netball Club , as a midfield coach and in 2018 he was elevated to a Senior Assistant playing coach.

“Brett’s broad experience in football will enable him to have a fresh approach to our playing list, which will hold the club in good stead as we challenge for finals in 2019” Malcolm said.

“The club has a strong history of reintegrating former players into coaching roles, which has proven highly successful.”