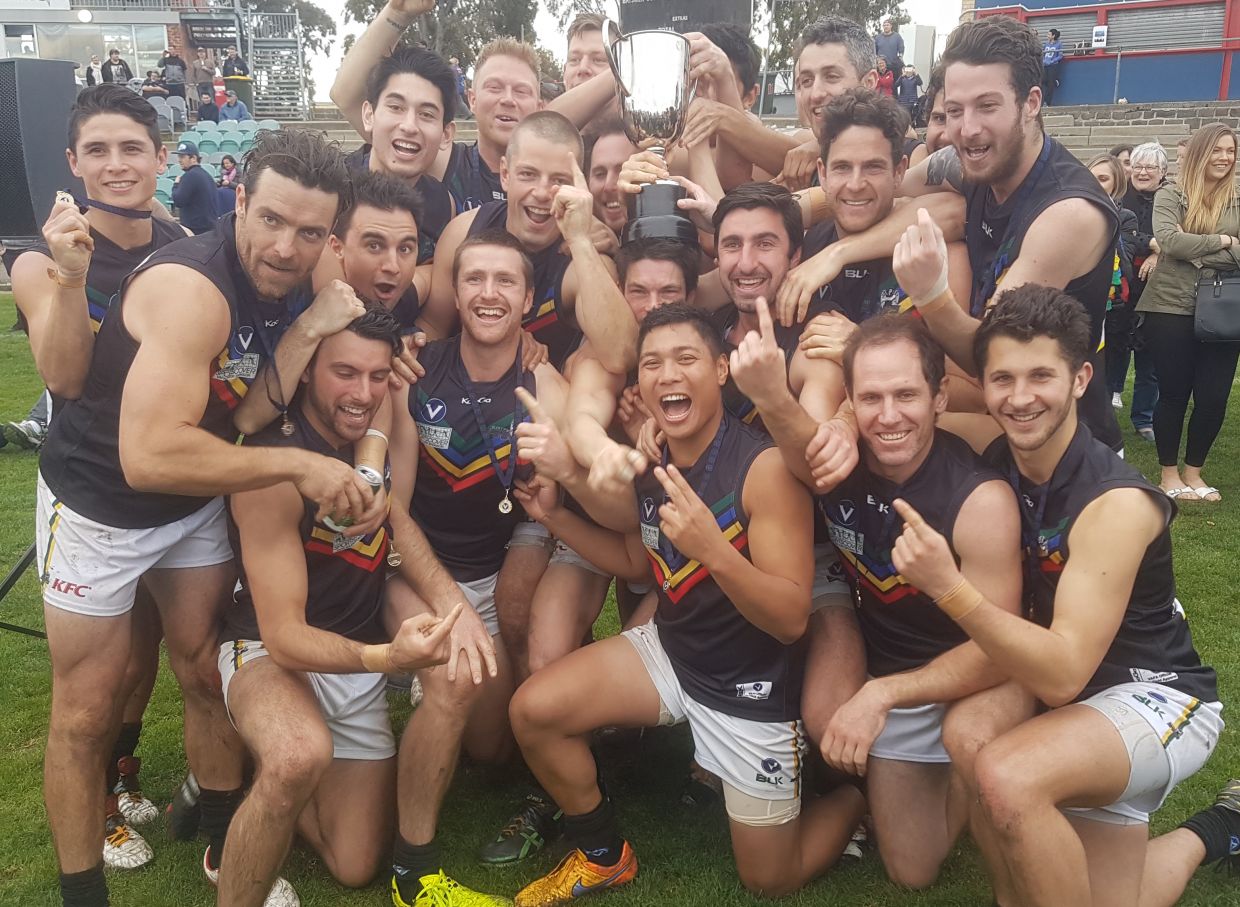 Glen Eira capped off a stunning return to form in 2016 with a Division 3 Grand Final win over a gallant Hawthorn at Coburg City Oval.

It was a fiery start with players from both sides asserting their authority early as the Saints jumped out to a 15-point half time lead.

VB Zannan Medallist, Matthew Harris, was dynamic as he continually drove the ball forward for the Saints, while Andrew Barrett starred on his way to five goals.

David Pritchard, Sam Gold and David Tremewen threw their bodies around and fought hard for the Hawks, but the Saints precise and controlled ball movement from the back half allowed them to kick seven goals to one in the second half and run away with the win.

Leigh Stevens added three majors for the Saints, while Richard Ogge and David Kennedy were impressive for the Hawks.

It was Glen Eira Saints’ first premiership since taking over the mantle from merged entity St Kilda South Caulfield in 1999.

Earlier in the day, Swinburne University Reserves shook the tags of underdogs as they accounted for Glen Eira by 36 points.

Kallan Finn was named best afield for his outstanding performance for the Razorbacks, while Joshua Carroll and David Webb registered three goals each.