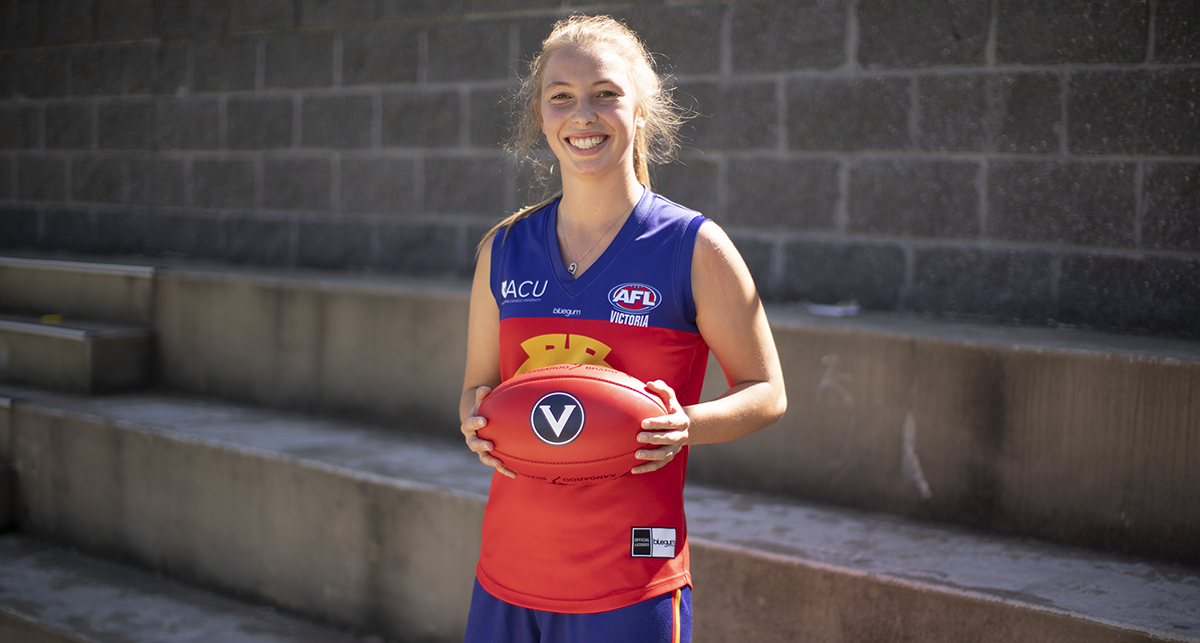 Fitzroy-ACU showed great form in the early part of the season. After suffering defeats to Melbourne Uni and Kew in their first two games, they bounced back with two wins and a draw against the previously undefeated Marcellin. It looked like the draw against the top side in the competition would have a positive effect on the Roy’s season, however they have lost the last 3 games going into the break. They have the potential to turn around the season and will be looking to make a comeback after the break.

Their tackling ability is exemplified by four of the Roys players featuring in the top 10 most efficient tacklers in the competition. The Roy’s make up the top three positions of the tackling stats and three are in the top five in terms of tackles per game.

Erin Gogerly has been equal dominant this season and has made a big impact playing at half-back and in the midfield. She has racked up disposals this season and leads the competition in number of disposal as well as disposals per game. Her impact in the half back position can be seen from her ability to intercept the ball, shown by the number of marks she has taken this season. She leads the marking stats, in terms of total marks (40) and marks per game (5).

Fitzroy-ACU face a challenging second half of the season, as they have only one home game remaining. In saying this, they have a talented squad who is capable of winning despite this challenge. They still hold a good chance of making it into the top 4, due to their strong form and the unpredictability of the competition.