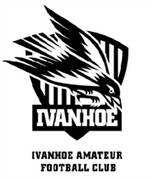 Ivanhoe arrived in the VAFA with a bang winning three straight premierships in their first three years, all without dropping a single game! Ivanhoe won a staggering 60 matches in a row to secure the D Section premiership (1934), the C Section premiership (1935) and in 1936 they won the B Section premiership to be crowned premiers and champion team in each of their first three seasons, a feat no other club has managed. So just like that, Ivanhoe were in A Section. The Hoes couldn’t quite complete the remarkable feat and win a fourth straight flag in a new section. Despite this they became the second club to win a senior premiership in each of the top four VAFA sections that had existed to that point in time when they won the 1956 A Section flag. Ivanhoe had dropped back to B Section and won the 1954 premiership and two years later they claimed the  A Section premiership to put the Magpies on top of the Amateur pile. A further B Section flag arrived in 1969, but despite being a regular in the top two sections of the VAFA until the 1990s, Ivanhoe still couldn’t win that next senior premiership. The club continued to fall through the sections and in 1999 they amalgamated with a re-birthed Assumption Old Collegians for a seven period that ultimately bore no fruit. Since that last senior flag in 1969, the club has been a runner up twice at Division 3, once at Premier C, and four times at Premier B level. The Magpies did manage to break a hoodoo of sorts when the club won their first premiership of any kind for a quarter of a century when they won the U19 North premiership in 2014. In 2017, they entered a team into Development Division 2 of the inaugural season of VAFA Women’s and finished fourth.

Supa Mario to coach Ivanhoe in 2019

By Phil Skeggs A Northern league champion is returning to his football roots ...read more

By Phil Skeggs For the first time in Ivanhoe football club's long history, a ...read more

Hoes go back to the Cole face

The VAFA extends its deepest condolences to the family and friends of VAFA Life ...read more

Ivanhoe Amateur Football Club has moved quickly to lock in its seniors and reser...read more

Old Paradians won their second consecutive final to earn their place in the both...read more

Ivanhoe Amateurs recently had an amazing piece of history returned to the club...read more

The following was written by Ivanhoe Amateurs historian Phil Skeggs and was firs...read more