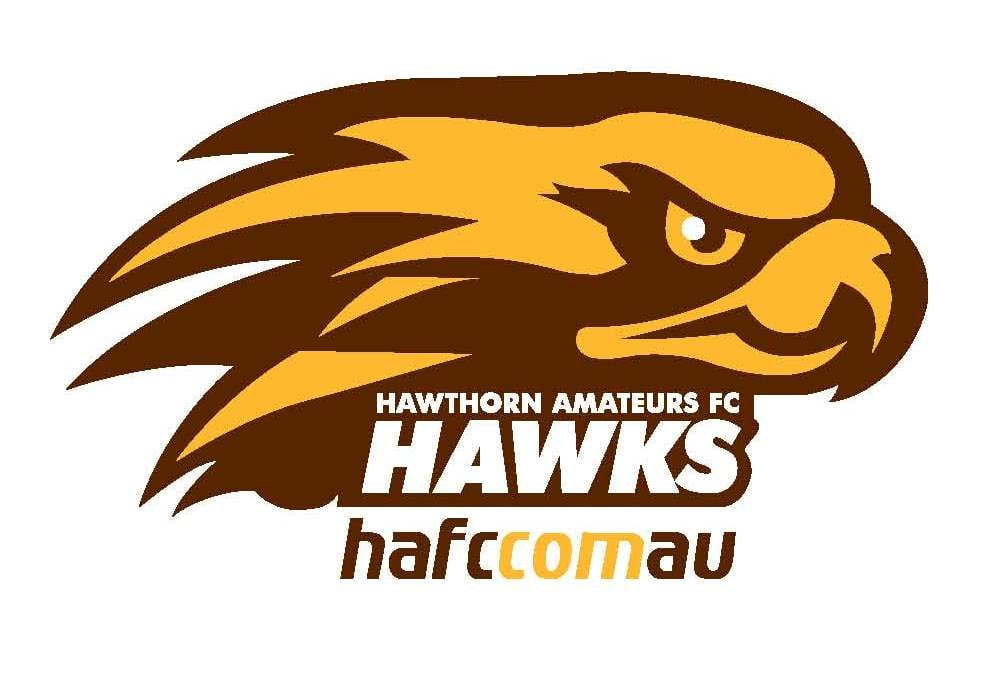 Women’s/Under 19/Club XVIII: As above.

The Hawthorn Amateur Football Club was reformed in 1995 after the Hawthorn Citizens folded due to lack of players in 1989. A number of past Hawthorn Citz players consisting of Ed Sill, Rod Lord, Jamie Law, Bob Lovich, Steve Timewell and Glen Stallworthy started the Hawthorn Amateurs with one team in 1995. Numbers and support quickly grew and the Reserves team was formed in 1997. 1998 would be a landmark year for the Hawks as they won their first and only senior flag in the VAFA in F Section. They grew to three teams with the inception of the Spartans Club XVIII side in 2011 which has seen recent success in 2013 and 2015 while boasting three competition best & fairest wins. In 2017, the Club entered a fourth team in the inaugural VAFA women’s competition and claimed the first-ever Development Division 4 premiership before becoming the first team to go back-to-back with a Division 1 flag in 2018.

Hawthorn AFC will take the next step to Division 2 under the guidance of experie...read more