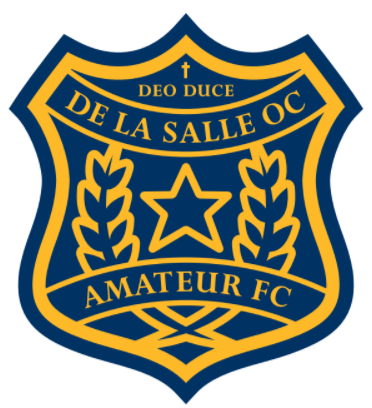 De La Salle had highly successful school football teams for a good two decades prior to the formation of an Old Collegians club in February 1955, just in time to join the VAFA in E Section for the 1955 season. That first year was a sign of things to come, with De La Salle claiming the first of more than 30 flags in the VAFA in that debut season. The club defeated Old Geelong Grammarians 15.12 (102) to 9.18 (72) in the E Grade challenge final after ending the home and away season in second place. The club progressed through the sections and has won six of their 11 senior premierships in Premier (A Section). De La has claimed seven Woodrow Medals for the best and fairest in Premier, including two-time winner Jake Williams. The club entered a team in the first year of VAFA women’s in 2017.

The VAFA congratulates De La Salle's Ryan O'Meara who has been named the Round 1...read more

TRAGICS | The boys were joined by Ed Clinch & spoke about Thick & ...read more

De La Salle OCFC is joining forces with the Papunya Foundation by bringing a gro...read more

Jason Tutt has completed an outstanding first season in the VAFA by taking out t...read more

VAFA broadcast partner, Inner FM, will return to the airwaves tomorrow ahead of ...read more