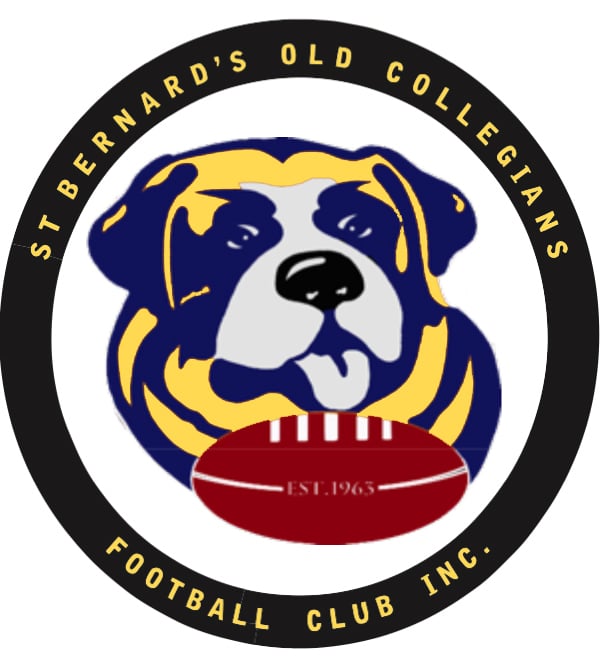 It took only 13 seasons for St Bernard’s Old Collegians to climb into the the top section of the VAFA and given the start they had there is no wonder this club was destined for great things. St Bernard’s is the only club to win both the senior and reserve premiership in their inaugural year in the VAFA; a feat they accomplished in their first season in E Section in 1963. It was two promotions in two years when the club claimed the D Section flag in 1964. The ultimate prize in VAFA came in 1975 when the Snowdogs won the A Section premiership. The 1980s presented more success in the form of three B Section flags, however this also indicated an inability to hold their position in the top grade. Their 1991 B Section premiership commenced the club’s next strongest run, a 16 year presence in A Section. Despite eight finals appearances in this time, St Bernard’s claimed only one premiership, the 2002 flag to go with three runners-up appearances. The Club had arguably their best season to date in 2015, claiming the William Buck Premier flag & joint Woodrow Medallist, Adam Bentick, before enduring a long list of outs in 2016 and suffering relegation just one year after claiming the ultimate prize. The Snow Dogs welcomed star forward Chad Jones back from retirement in 2018 and he kicked 100 goals and won the GT Moore Medal in a dominant premiership-winning year for Bernard’s where they defeated Old Carey en route back into William Buck Premier.

All Groves lead to the Snake Pit

The VAFA congratulates St Bernard's utility Daniel Hanna who has been named the ...read more

Joe Pignataro shortlisted for Young Volunteer of the Year Award

The VAFA congratulates Harrison Rocke of St Bernard's who has been named the Rou...read more