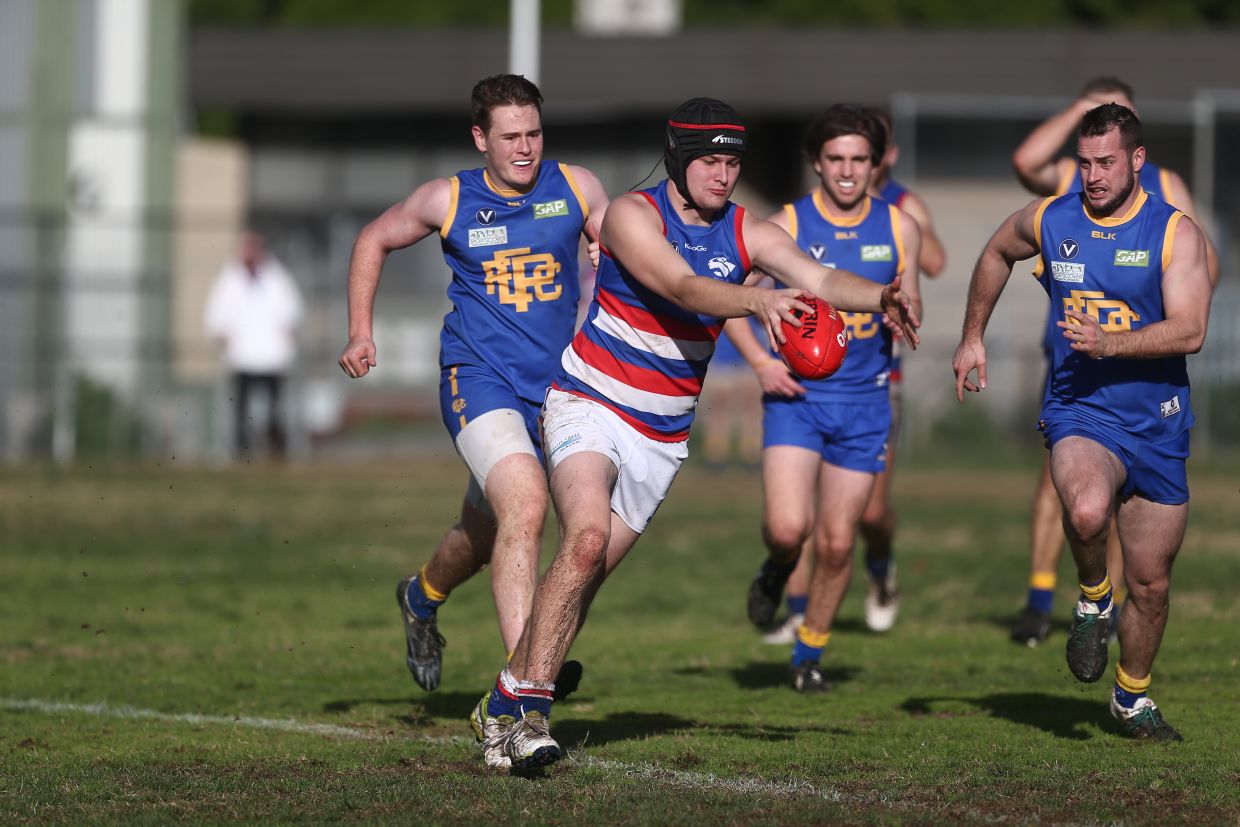 Three matches left a lot to be desired and our match of the round has Eley Park back in the “W” column. Masala received a thud from Mt. Lilydale. Box Hill North hit the scoreboard but were still out-gunned by the Warriors and it was Manningham’s turn to punish the Synners. To last week’s games:

Manningham made it three in a row this week as they visited Jordan Reserve to take on the struggling Chadstone Synners. After the first quarter, the Cobras believed they had a game on their hands as Chadstone were making a go of it only being down 3 goals (booting 2) after the first break. Unfortunately, that’s where it stopped as the Cobra midfield seemed to handle the slushy conditions better than Chaddy. Three Chaddy players doubling up also doesn’t help. Throughout the second and third quarters, the Synners didn’t seem to have any answers as the Cobras piled on 8 and 9 goals in the quarters respectively. The game was well and truly over in the fourth but, the Synners were able to stem the tide in the last, losing the quarter by just 16 points. BOG was the Cobras Brendan McHugh (one goal) whilst Michael Muller and Anthony Raso led with 4 goals each. For the Synners, Daniel “Daffy” Cumming was their best with 4 goal-kickers scoring 1 goal each.

It was a cold, muddy game of footy at Mount Lilydale for round 11 but Masala were able to go kick for kick with the inform Rams in the first quarter. By the second, Mount Lilydale capitalised on their home ground advantage in the mud and the Tigers went the long break 24 points down but, still had their heads very high. The muddy conditions continued to favour Mount Lilydale in the third quarter with a difference of 42 points at the start of the fourth. At the end of the game, the Tiers gave it their all but, fell well and truly short, going down by 59 pts. Sean Gibson (3 goals), led the Rams after quiet game the week before and Sam Hickey (2 goals) was best on. For Masala, Anthony Dorrington tied his season high with 3 goals haul and was their best. Brandon Kelly (2) and James Logan (1) kicked Masala’s others.

The return of Captain Dan Penny (4 goals) after a month on the sidelines, was not enough for the visting Box Hill North at Westbourne. The Warriors were on song from the get-go, booting the first 5 goals for the game and set the tone early. In the second quarter, Westbourne kicked the first but, the Demons strung the next three in a mini fight back. Eight unanswered goals from the Warriors after this had the match sewn up by half-time, up 78 pts. BHN put in a good fight kicking 11-4 for the match but, Westbourne simply had too much firepower up the other end and were scoring at will. The Warriors ran away 124 point victors. Dale Collins had his season high with 7 and promoted Nick Schiano also booted 7 and seems to have found a spot. BOG was Darren Morrish. For BHN, Ryder Susman played his best game for the year, also kicking his 1st goal for the year.

Hosting Point Cook for our match of the round, Eley Park got off to a great start with Trent Sigalas (3) and Dave Viola (5), snaring 5 goals combined in the first quarter. Point Cook were able to hit back though in pretty quick fashion, leading by as much as 15pts before the Sharks booted the next four to be up 8 and the first break. By the second, up popped BOG Andrew “Pudding” Zaicos (6) kicked 3 of his own, extending the lead to 15. Point cook were able to get within a kick halfway through the 3rd quarter with the Doggies key forward, William Dawson (6), converting with every kick he had. The Sharks were able win every quarter but, the four goal victory is one they needed to get back, as they cling on to 4th and a game behind 2nd. Danial Duskovic was best for Point Cook.

3/4 tipping AGAIN but to see Eley Park back into some form, is certainly what the doctor ordered. This week, I’m anticipating some blow-outs in most games and confident I can snatch four again. To this week’s games:

North Brunswick (6th) have a massive test this week hosting league leaders, Westbourne. Whilst 6th will be safe, their percentage won’t be. Westbourne.

This week is a must win for Manningham (5th) as they host Mt. Lilydale (3rd), for my match of the round. Despite winning big against Chaddy, they were not as impressive as they needed to be. Mt. Lilydale should be celebrating at their mid-season ball

Chadstone (9th) travel up Middleborough Rd, to take on an in form Eley Park (4th). The smaller ground will not help Chaddy’s defence. Eley Park.

Masala (8th) have the bye, will jump to 7th and then a massive test against North Brunswick