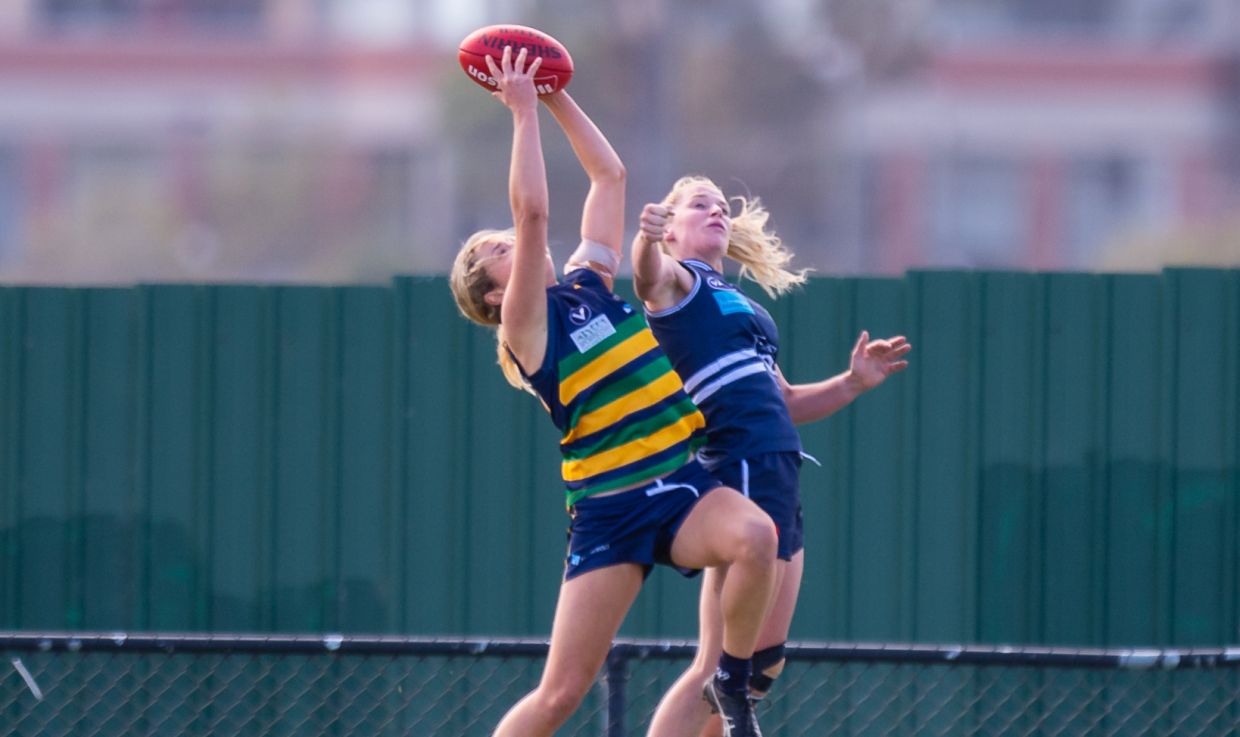 It was Marcellin who came out on top by a solid 27 points over West Brunswick under the sunshine at Bulleen Park West. Shaylee Taylor did not disappoint with an impressive two goals to get the Sheagles off to a flying start for the season. Four goals in the first half led Marcellin to a 15-point lead at the main break and they increased it slightly with another two goals to one thereafter. Laura Robertson and debutant Cecilia Baldassarre delivered some sharp shots with West Brunswick’s Mayala Rodezno, Laura Holdsworth and Matilda Hubbard responding with goals for the Westies. The Sheagles will host the reigning premiers in Round 2, while the Westies will play off against Old Trinity in the VAFA Live Stream Match of the Day.

SKOB Saints held strong in their first match up with Caulfield Grammarians as they ran out 14-point winners at Glenhuntly Oval.There were just three goals kicked for the day in the blustery conditions with star forward and co-captain Sarah Cameron booting the Saints’ two. Maysen Duffy was the Field’s goal kicker. Sophie Straford, Bree Doyle Ellie Mclinden and Elyce Hay were standouts for the Saints as they look to solidify their spot as favourites once more. An impressive goal from Maysen Duffy kept spirits high for the Fields in the second quarter, while teammates Irena Malliaras, Montana White and Cheree Peters found plenty of it.

After going down in the 2019 Premier B Grand Final, Old Xaverians stamped their authority all over William Buck Premier with an impressive 21-point win over Old Trinity at Bulleen Park. The game was all but decided in the first half when Xavs booted five unanswered goals and took a 32-point lead into the break. Trinity finished the better of the sides with two last quarter majors. Former Gippsland Power and Bairnsdale player, Brodi Harris, debuted in style for the Xavs with a game-high two goals, while Gabrielle Henderson and Sarah Anderson were best afield. Lucy Aitken and Sally Peers fought hard for the T’s as they look to bounce back in next week’s match against West Brunswick.

A powerful scoring display from Kew helped them to second spot on the ladder following their 40-point win over St Mary’s Salesian at Ferndale Park. Kicking with the breeze, the Bears opened their account with four unanswered goals in the first term and held firm with another six to four for the remainder of the game. Kathryn Cook was named BOG for the Bears, while Isabelle Harding, Dani Calautti and Michaela Harding starred through the midfield. Amy Kerr booted two goals for the Saints alongside standout performances from Alice Angley and Pia Hobday.