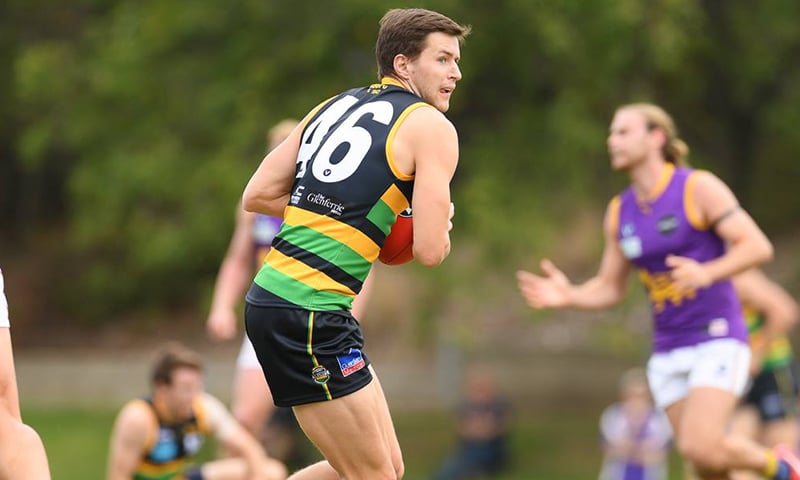 SKOB stop Lions, through to prelim

St Kevin’s OB will face off against Old Xaverians in next week’s William Buck Premier preliminary final after they proved too strong for Collegians, running out 31-point winners at Elsternwick Park.

SKOB kicked six goals to two in the opening half and led by 23 at the main break before finishing the match with another five goals to three.

Jarrad Waite took his season tally to 51 goals on the back of a game-high three, while Mitch Brown and Billy Kankis kicked two each. Kanakis was particularly influential early with 11 of his 24 disposals and his two majors in the first half while captain Nick Wood had 25 and six clearances.

Freddie Sullivan continued his strong form for the Lions with 23 touches alongside Taylor Hunt’s 23, but they broke down when moving forward with just five goals from their 17 scoring shots.

SKOB will reignite one of the great rivalries in Amateur football when they clash with Old Xaverians on Sunday after both sides claimed one win each throughout the season.