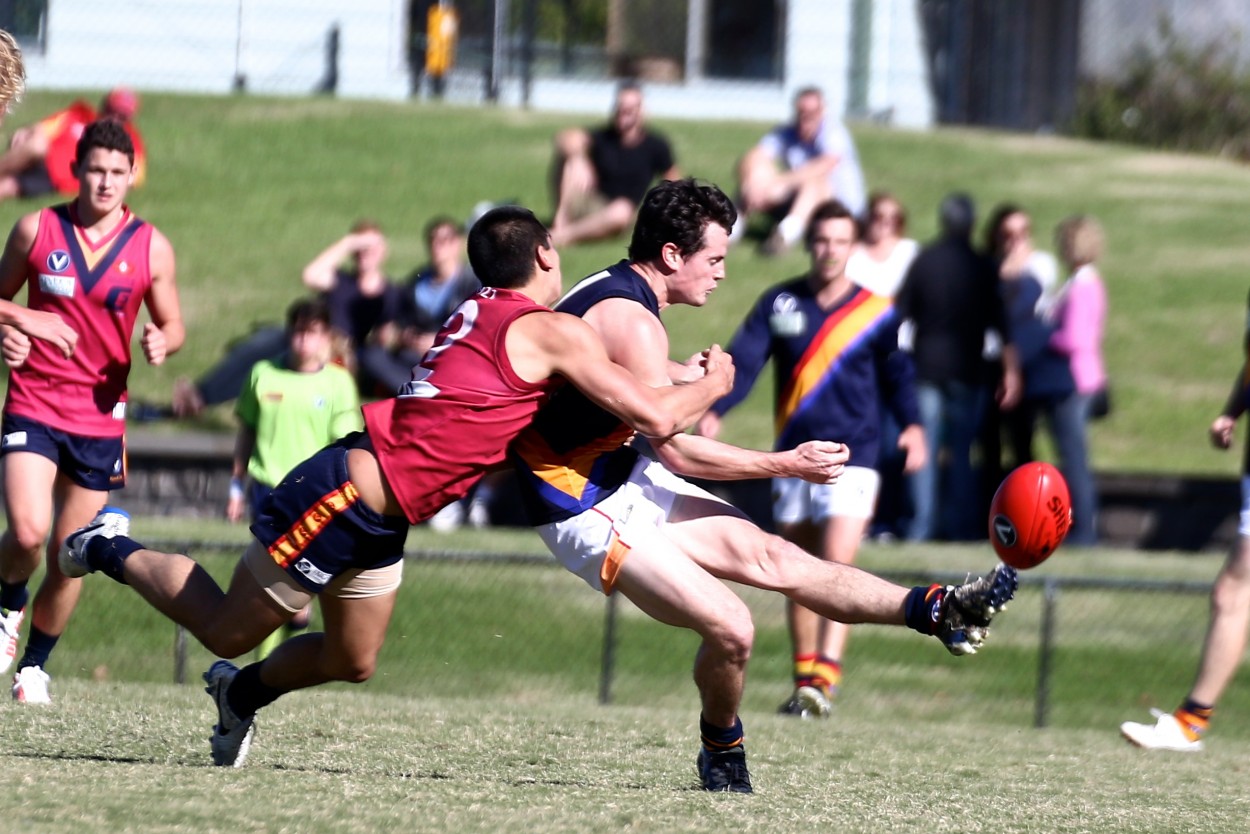 ST BEDES/MENTONE TIGERS ROAR BACK TO WIN ON ANZAC DAY

St Bedes/Mentone Tigers have won a thriller on ANZAC Day, coming from behind to defeat Old Scotch by 4 points.
At three quarter time St Bedes/Mentone Tigers were staring down the barrel of a 0-2 start to the year. Whatever Mick Dwyer said to his charges must have been inspiring, because at 32 points down, all you could hope for would be to roll the dice and see what came up.
The Tigers kicked their entire score to three quarter time (6.8) in the last quarter as they peppered the goals and threw caution to the wind. Old Scotch perhaps rested on their laurels a little too much. Having established the ascendancy in the third term the Cardinals could not restrict the Tiger onslaught.
Tom Tyquin was one of a number of St Bedes/Mentone players to lift to a new level in the last quarter but it was enough to get the Tigers’ makeshift forward line functioning for 30 minutes to get the result to restore equilibrium to their season.
Both clubs are now 1-1 for the season and will have an eight day break before their round 3 clashes next week.
St Bedes/Mentone Tigers                 2.1,  4.2,  6.8,  12.16  (88)