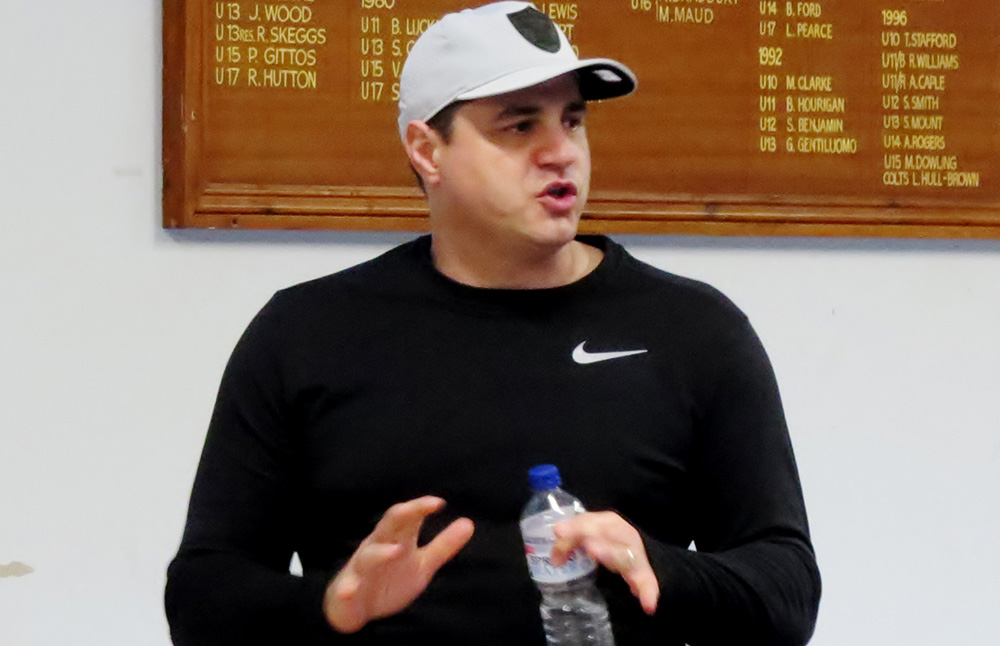 Supa Mario to coach Ivanhoe in 2019

A Northern league champion is returning to his football roots as senior coach of Ivanhoe Amateurs next season.

“Supa” Mario Bandera,  44, was an outstanding junior footballer from 1986-91 at Ivanhoe before he became a household name in the DVFL and NFL for two decades.

Ivanhoe president Rob Pearce said he was delighted that Bandera, whom he coached as a junior, had been chosen for the job.

“Mario was very keen to come back to Ivanhoe. He’s a family man and he wants to unite the Ivanhoe family,” said Pearce.

Bandera met players and committee last night (Monday) and said he was pleased to be given the opportunity to give something back to his old club where he has great memories as a junior.

He considers Ivanhoe to be a “sleeping giant of the VAFA” with a wealth of talent to be developed.

“I know it as an iconic football club, with a strong and reputable standing within not only the VAFA, but also, and more importantly within the local community,” he said.

“Having attended several games this season, I firmly believe that the current core list of players have the capacity to regroup and create a positive build towards future successes and stability.

“That same build can create a sustained push to lead the club towards premiership success, and then a deliberate and effective climb up the VAFA divisions.”

Bandera said the club’s strong junior program would be a key ingredient in building the foundations for success. Ivanhoe re-formed its under 19s this year and finished midfield in Division 4.

In accepting the Ivanhoe job, Bandera has an opportunity to restore the Hoes’ fortunes.  Ivanhoe was relegated to VAFA Division 2 after its senior men’s team finished bottom of the ladder with just one win this year.

Bandera was an elite player and coach in the NFL/DVFL for more than 20 years.

He  played TAC Cup at Preston Knights and under 19s at Collingwood under the tutelage of legendary coach Keith Burns. The 190cm onballer played reserves for Carlton in 1992 before switching to Port Melbourne in 1993.

He was at North Heidelberg between 1993-2002, including the 1994 premiership team, and picked up a club and NFL Division 1 best-and-fairest in 2002. He was recruited to NFL club Lower Plenty in 2003 as a playing assistant coach and won two club best-and-fairest awards during a seven-year stint.

He also coached Epping for four years  from 2010, taking them to a grand final in 2011 and a Division 2 flag in 2012. He was the Australian Football Coaches Association’s northern region senior coach of the year in 2011 and runner-up in the state award.

Ivanhoe’s first pre-season training run is scheduled for Monday November 12 at Ivanhoe Park on The Boulevard.