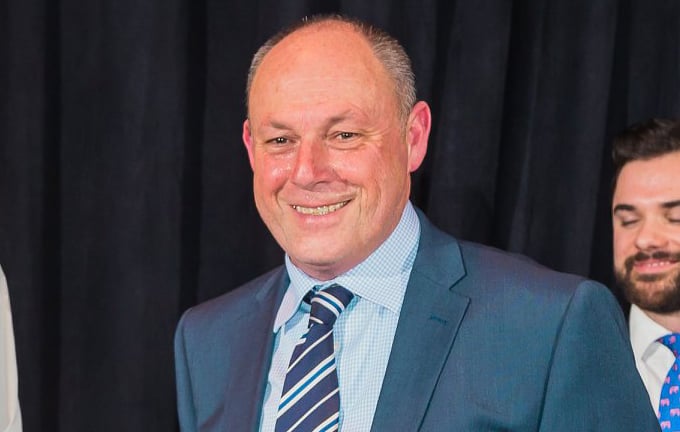 VAFA Premier Field Umpire Coach, Tony Hales, will be vacating his position after 10 years at the helm following his recent appointment as Development Field Umpire Coach within the new VFL/State League program.

Umpire Operations Manager, Matt Dervan, said Tony “is highly regarded within the umpire coaching space among the AFL and VFL ranks, and he will be a huge asset to the up-and-coming field umpires hoping to make the elite level”.

“On behalf of the VAFA I would like to congratulate Tony on his well earnt promotion into state league football,” he said.

“He has dedicated 10 years to the VAFA umpiring program, leading our wonderful group of field umpires and nobody can absolutely question the enthusiasm and passion he put into his coaching, and the lengths, time and effort he put into fulfilling the role to such a high standard.

“I wish him all the best and every success as he embarks on a new journey in his coaching career.”

Tony, who first accepted the position at the end of 2009, wanted to thank those who assisted him along the way.

“First, it is the umpires themselves who deserve the credit for continuing to have faith in me and giving me the opportunity to be their coach. I realise that I can be quite demanding and like most coaches I like things done in a certain way. Obviously, this doesn’t suit everyone but those who’ve stuck with me, I think have become better umpires and achieved to a high standard.

“Brian Goodman was the first to approach me at the end of 2009 about coming on board and all throughout our time together, he showed tremendous faith in me and allowed me to coach without interfering. I wish Benny all the best in his retirement.

“Haydn O’Connor made the transition from umpire to administrator and impressed everyone with his communication skills and total loyalty to the umpiring group. I know he’ll continue to do a great job with AFL Queensland.

“To my fellow coaches who have come and gone over the years, I thank you for all you have done for the wonderful men and women of the VAFA. Guy Hexter deserves a special mention for the dedication, care and genuine concern he displays for those he has charge of.

“The VAFA is a fantastic competition and I thank the clubs for their support over the years. As umpires, it is gratifying to know that there are very few untoward incidents involving umpires which occur in the VAFA, largely due to the people from many clubs who are involved in footy for all the right reasons.

“I wish Matt Dervan all the best as he looks to continue pushing umpiring forward to even further heights and I’d urge all umpires to stick with the VAFA and support the new coach.”

The VAFA will begin the process of appointing Tony’s successor and will make further announcements soon.