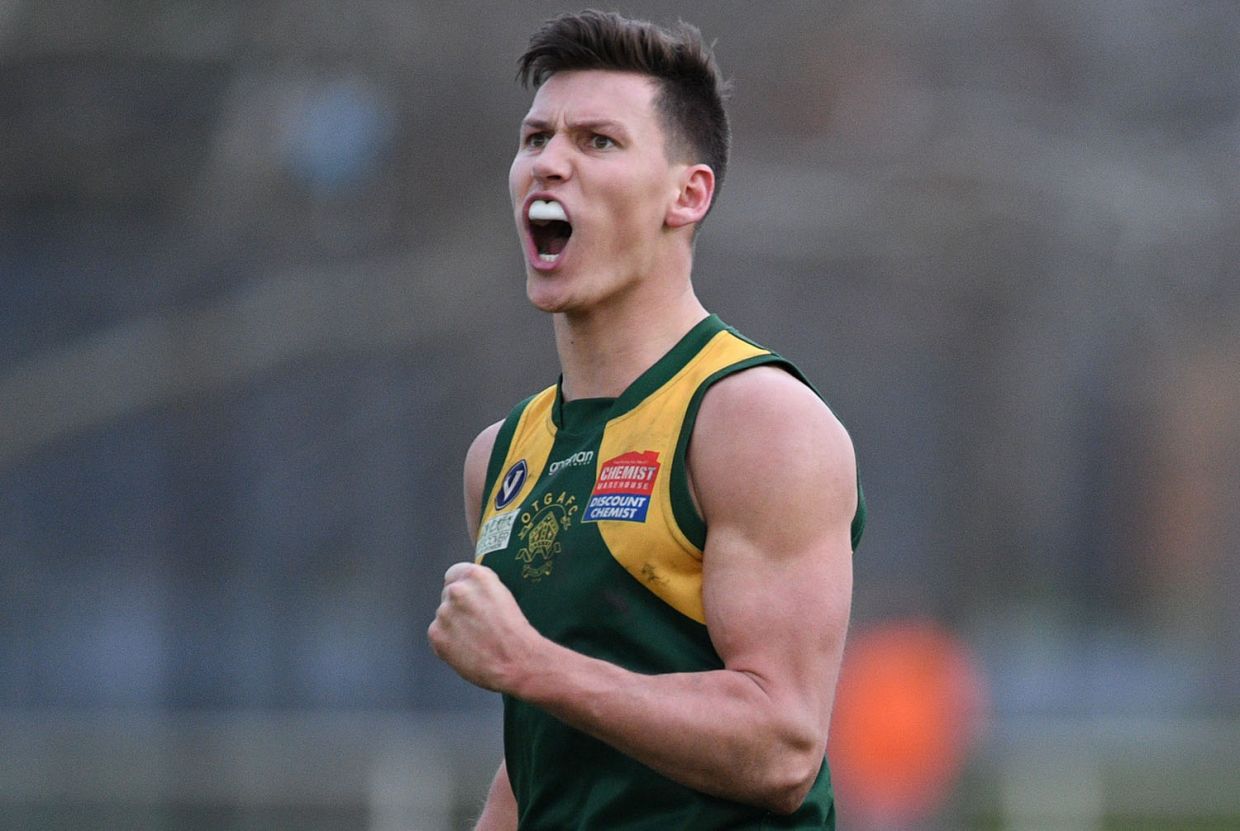 Old Trinity and Big V midfielder, Anthony Scott, is the latest VAFA player to join an AFL list after he earnt a permanent rookie spot with the Western Bulldogs.

The news of his promotion came after Scott impressed during the Dogs’ practice match against Hawthorn yesterday.

Scott played 58 senior games for Trinity between 2014 and 2018 before joining Footscray’s VFL list in 2019 where he won the best and fairest award.

He took his game to a new level in 2018 and finished the season as runner-up to Ayce Cordy (Uni Blues) in the Woodrow Medal with 19 votes.

He was named on the wing in the William Buck Premier Team of the Year and dominated for the Big V senior side in their 50-point win over the Adelaide Footy League. He was awarded the Best VAFA Player for his performance. It was the second time he had represented the Big V following selection in the U19’s in 2014.