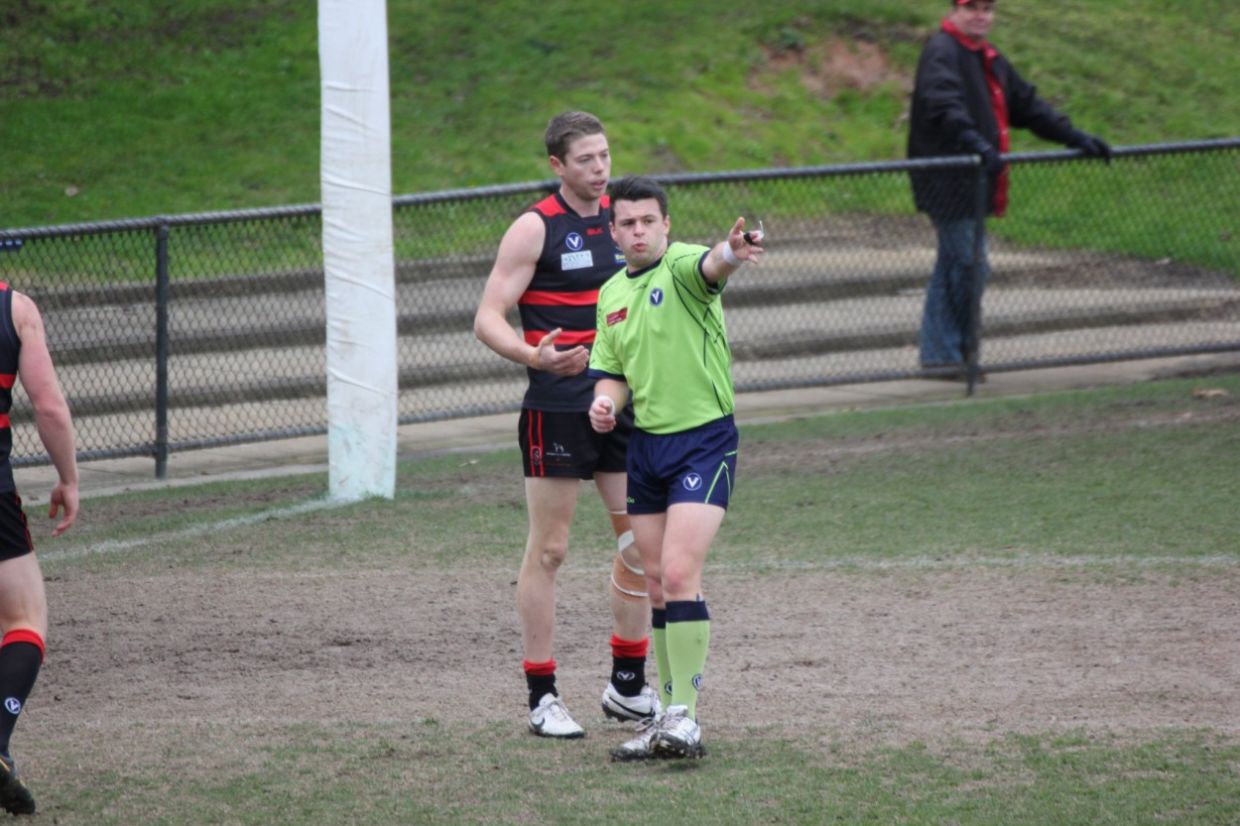 Umpires View: Holding the Ball in 2015

As part of the VAFA Umpires training series we will relay some of the key messages from the VAFA Umpiring department to their umpires in 2015. This feature focuses on the interpretation of the Holding the Ball Rule.

A reminder to all VAFA field umpires and supporters and clubs for that matter, that although there has been a change of interpretation at AFL level there is NO CHANGE in the VAFA.

See the video below for clarification of examples from last year.

This example, from the Hawthorn v Geelong match would not be paid in the VAFA. Bartel gains possession, thinks about handballing, goes one step, then has the ball knocked out by the tackle. In the VAFA we are still saying this is NOT enough to be considered prior opportunity. (see AFL Example: http://www.afl.com.au/video/2015-04-06/bartel-sees-stars-in-final-seconds)