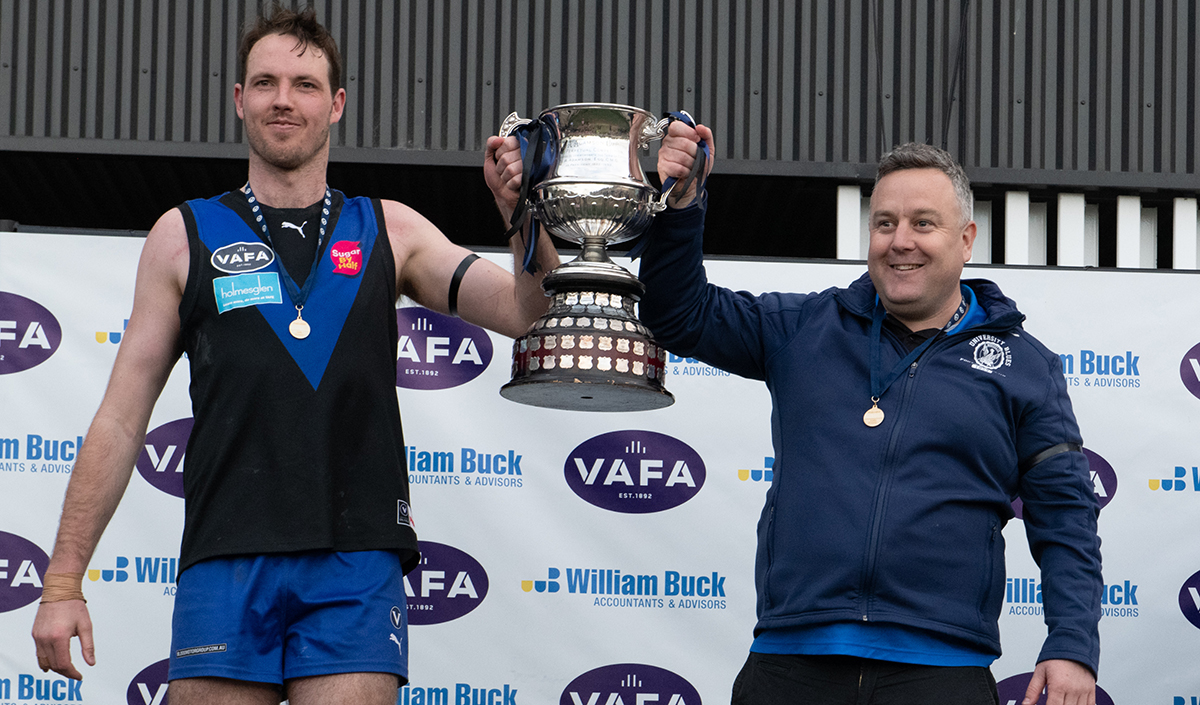 In arguably the biggest coaching news of 2020, reigning William Buck Premier champions University Blues are on the hunt for a new senior coach following the departure of premiership hero, Heath Jamieson.

Jamieson, who helped the club break a 15-year A Grade premiership drought during his first year in charge, signed on for two seasons with the Blues at the start of 2019, and unfortunately missed the chance to contend for back-to-back pennants due to COVID-19.

“The intention behind the two-year commitment was both football and family based and now it’s time for the family part of the commitment to take precedence,” the club wrote in a statement on their website.

Jamieson came to the Blues after coaching St Joseph’s FNC to three flags in his previous four years after first leading Queenscliff to a drought-breaking premiership in 2011.

He quickly established himself as a favourite among the playing group with his raised expectations and zero tolerance for unacceptable behaviour.

It wasn’t just within the four walls of the Uni Oval where Jamieson garnered fans, quickly becoming a VAFA Media favourite with his honest views on the game and willingness to regularly give up his time for the broadcast team.

The club is now in the process of selecting Jamieson’s replacement as they look to make it two in a row when VAFA footy returns.