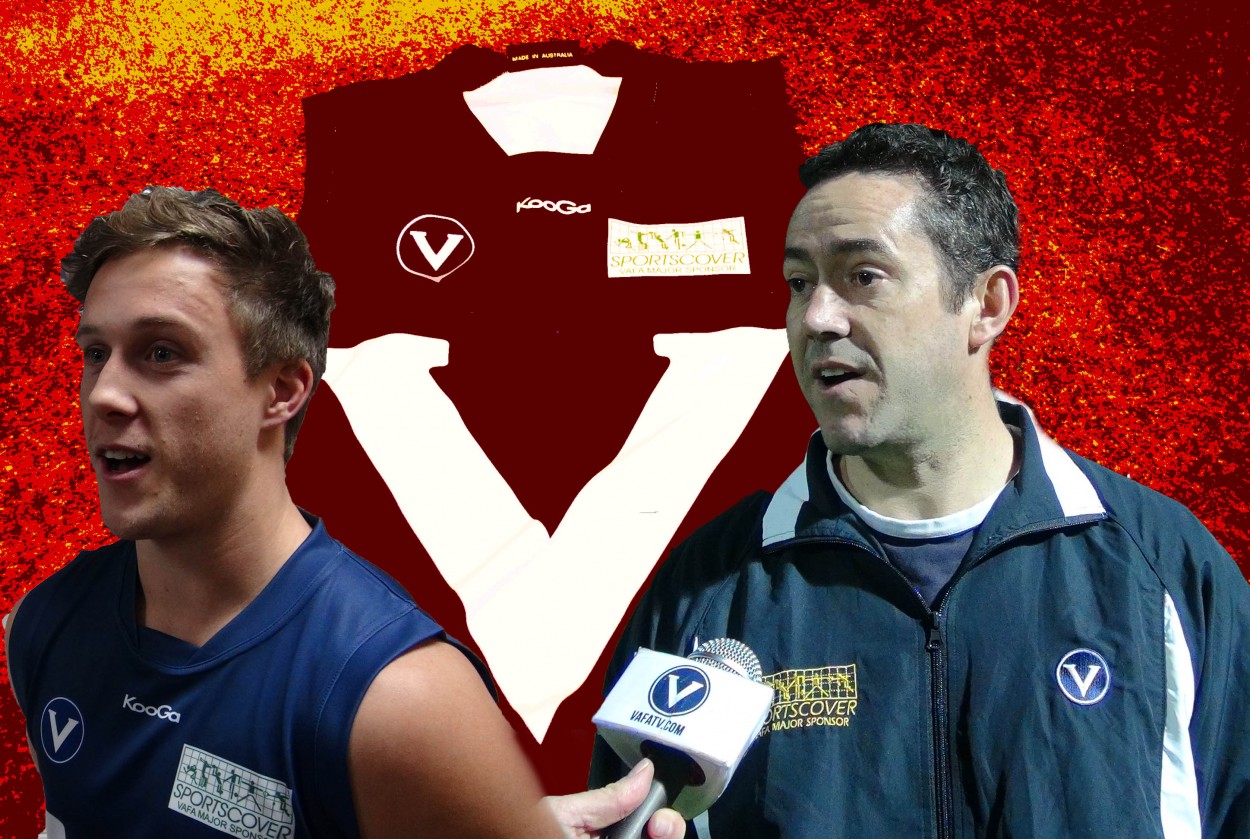 This week VAFA TV went to the final training sessions of both the Under 23 and the Senior representative sides as they prepared for their matches interstate on the Queen’s Birthday weekend.
We caught up with senior coach Simon Lethlean ahead of their clash with AFL Queensland and also asked him about the prospect of returning to Old Xaverians after this weekend to take on the vacant senior coaching role there.
We spoke with senior captain Cam Howat about being selected as captain for the second time.
We also spent time at the Under 23 photo shoot and final training session, chatting with the U23 coach Andrew Hayes about his side’s preparations.
Under 23 captain Marshall Rippon also told us about his plans for his pre-game talk to the players before they go into their battle against Tasmania.
Remember you can watch both matches live this weekend through vafatv.com.
U23 Tasmania v U23 VAFA: Saturday 4.15pm – vafatv.com
AFL Queensland v VAFA Senior Side: Sunday 2.00pm – vafatv.com