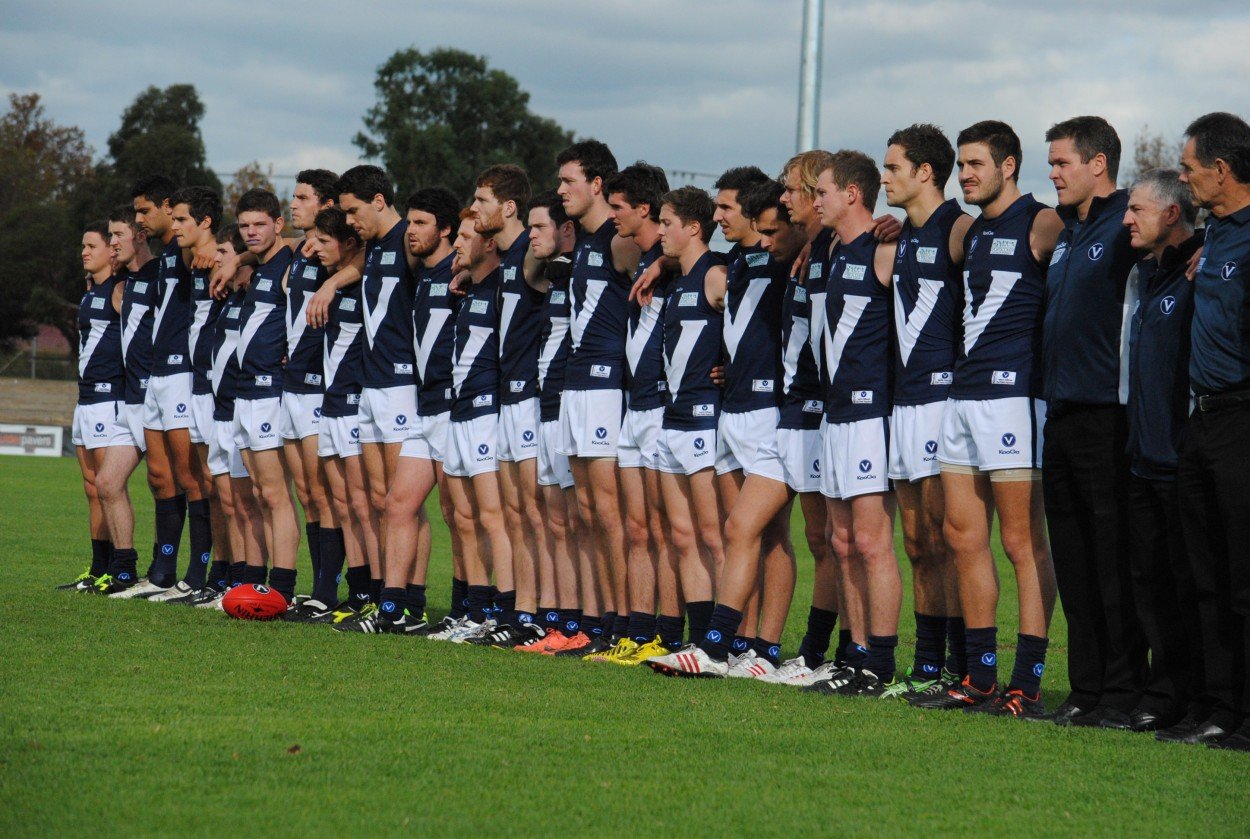 VAFA Big V Selectors have named a 48 man squad for the Under 23 team that will travel to Hobart on the Queen’s Birthday weekend to take on the AAFC Under 23 Tasmanian side.
The 48 players come from from 29 different clubs, demonstrating the true strength and breadth of talent at the selectors disposal. The 29 clubs play across five sections of the VAFA, from Premier section to Division 2.
The squad will be led again by Andrew Hayes, who coached the U23s to victory over the SAAFL last year. Hayes will be assisted by, Brad Berry, Greg Meredith and David Kinsella.
The Under 23 squad will commence training next Wednesday 21 May at Sportscover Arena. The squad will train the following Wednesday at Sportscover before concluding preparation on the Tuesday and Thursday at Sportscover Arena before flying to Tasmania on the Saturday morning of the game.
Congratulations to all selected players in the squad.