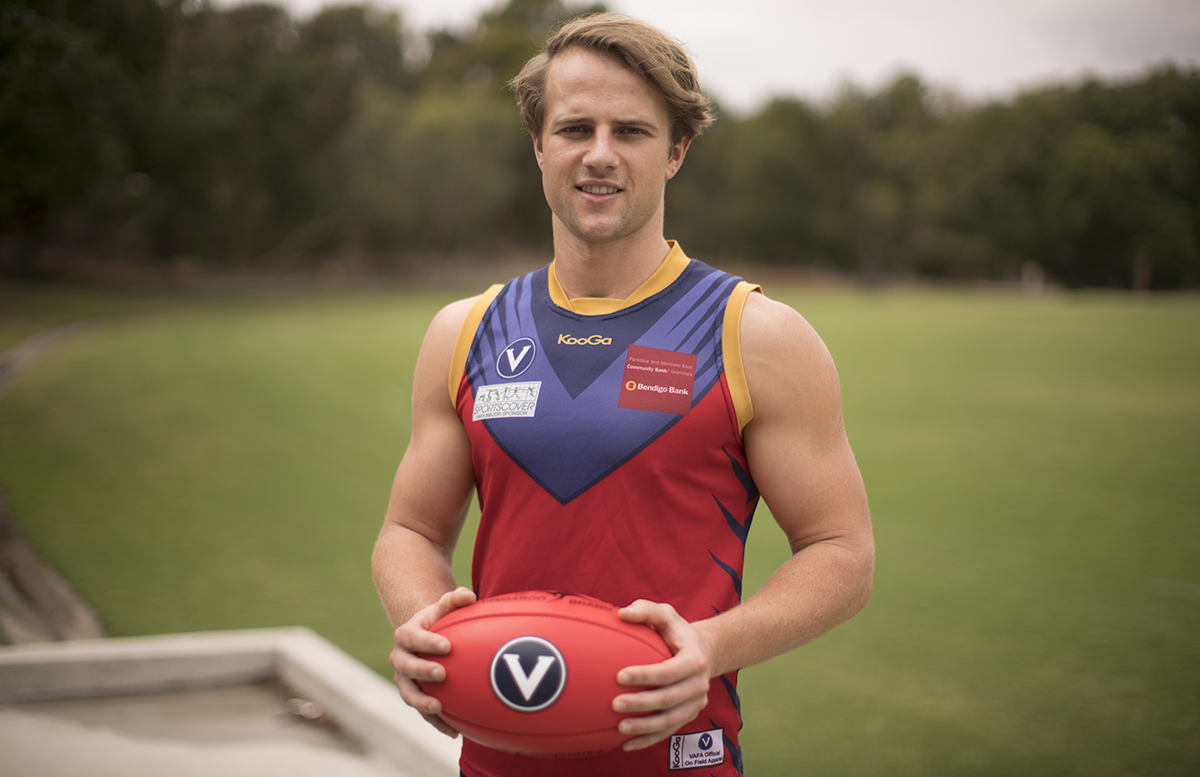 Parkdale Vultures registered their first win of the season, defeating Old Geelong by four points in a thriller at Como Park. The Vultures led by 23 points at three quarter time and gave up four goals to one in a pulsating final term but did enough to hold on thanks in large to standout performances from Daniel Rendell and Adam Knight. Josh Manning led all comers with three goals for the Vultures while Jono Read and Scott Dixon were impressive for OGs.

Six goals from Tom Downie helped Old Scotch to a comprehensive 122-point victory over Monash Blues at Camberwell Sports Ground. The Cardinals led by just five points after an even first term but turned the screws with 20 of the last 23 goals of the match. Max Martin kicked three goals alongside Downie’s half dozen while Andy Jelbart kicked two in a BOG display. Ben Hart starred for Monash as they slump to their third loss on the trot.

Caulfield Grammarians proved too strong for Fitzroy and ran out 40-point winners at Brunswick Street Oval. Trailing by seven points at the first break, the Fields hit their straps with 11 goals to four thereafter. Theo Thompson top-scored with three goals for the Fields while Lachie Harris and Will Edwards starred. Max Ellis was a standout for the Roys as was Will Symons in their side’s third consecutive loss to start the year.

Six goals to one in the first term led University Blacks to a 50-point victory over St Bedes/Mentone Tigers at Uni Oval. Proceedings evened out more so in the final three terms as the Blacks outscored the Tigers nine goals to seven but finished with 36 scoring shots to 21. Daniel McCullough kicked his second bag of four goals this season, while Louis Vescio gave his best performance and received BOG honours. Matthew Caia top-scored for the Tigers with three mahors alongside standout performances from Michael Barnes and Josh Cowan.

Beaumaris retained fourth spot on the Premier B ladder after they defeated Old Haileybury by 34 points at Banksia Reserve. Despite kicking three unanswered goals in the first term, the Sharks entered the main break trailing by two points. However, they came out firing in the second half and kicked eight of the last 12 goals of the match. Jonno Nash and Christopher Grigoriadis were the main contributors in front of goals with three apiece for the Sharks, while young Callum Heath was named best afield. Corey Rich booted three of his own in his first match of the season for the Bloods.