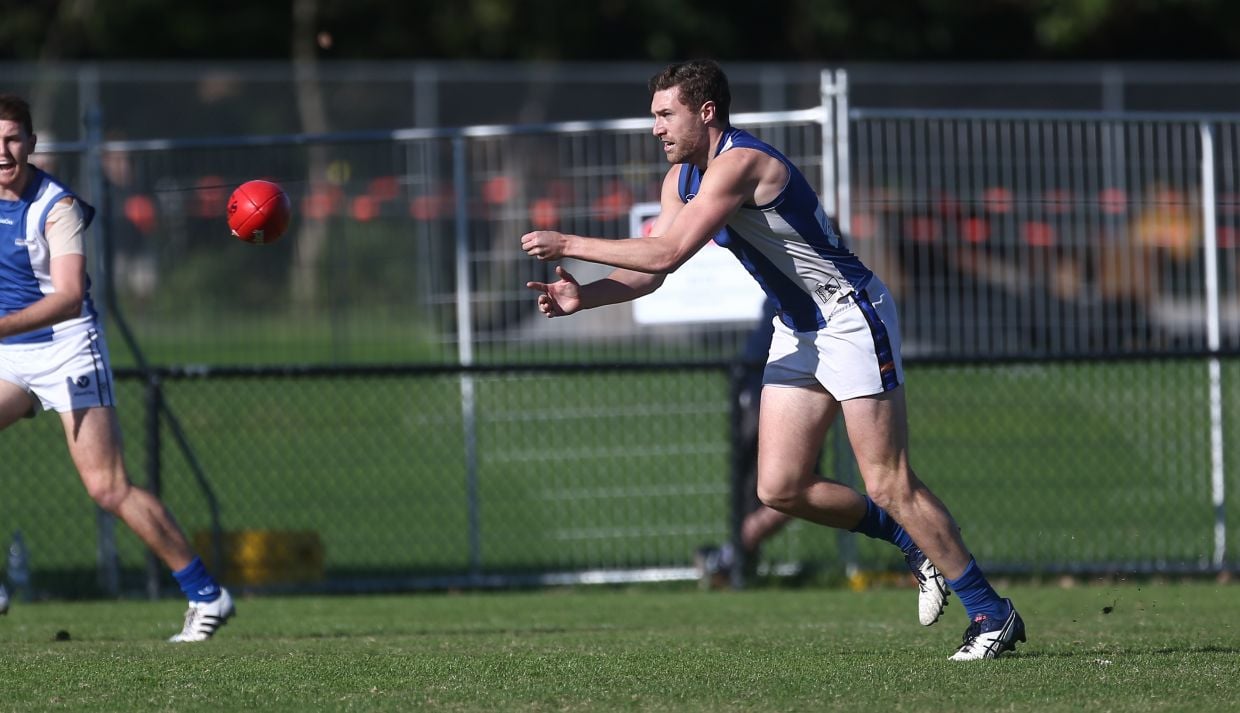 Mazenod’s unbeaten season continued in their first match back from the bye, coming from two goals down and defeating Old Camberwell by six points at Central Reserve. Trailing by four points at half time, the Wellers kicked six goals to three in the third term to take the lead, but the Nodders galvanised and booted four goals to one in the last to claim their 10th consecutive win. Stu Inglis (BOG) and Kieran McKeogh (four goals) starred for the Nodders, while Thomas Kanz added another four majors and took his season tally to 33 for the Wellers.

10 unanswered goals in the first half set Williamstown up perfectly for their 40-point victory against Oakleigh at Fearon Reserve. Zach Read bagged five for the CYs, and Thomas Johnstone starred with three goals in a best afield performance. The CYs remain in touch with the top four at 5-5, while the Krushers sit seventh on three wins.

Five goals from Louis O’Keefe led Caulfield Grammarians to a healthy 108-point victory against Marcellin at Glenhuntly Oval. Will Osborn chipped in with four for the Fields, and Will Barker ran riot in a best-on-ground display. Jeremiah Antypas kicked three goals for the Eagles, who remain 10th on the Premier C ladder and with just one win for the year.

Peninsula climbed to third position on the ladder following their 52-point win against Ormond at home. Stefan Barbour was at his deadly best in front of goal with four, while James Fletcher, Stu Grigg, George Fletcher and James Moignard each registered two for the Pirates. Rob Chisholm was a standout for the Monders as he bagged eight goals in his side’s eighth loss from 10 outings.

Finals is still on the cards for Kew after they delivered their most comprehensive performance for the season, defeating Old Ivanhoe by 50 points at Victoria Park. In a stark turnaround from the post-siren goal which gave the Hoes an incredible victory earlier in the season, the Bears piled on 36 scoring shots to 21, including seven goals to two in the final term. Ben Hurley was at his damaging best and Liam Kinsella kicked four goals for the Bears, while Paul Colbert and Adrian Del Monte combined for four of the Hoes’ nine.