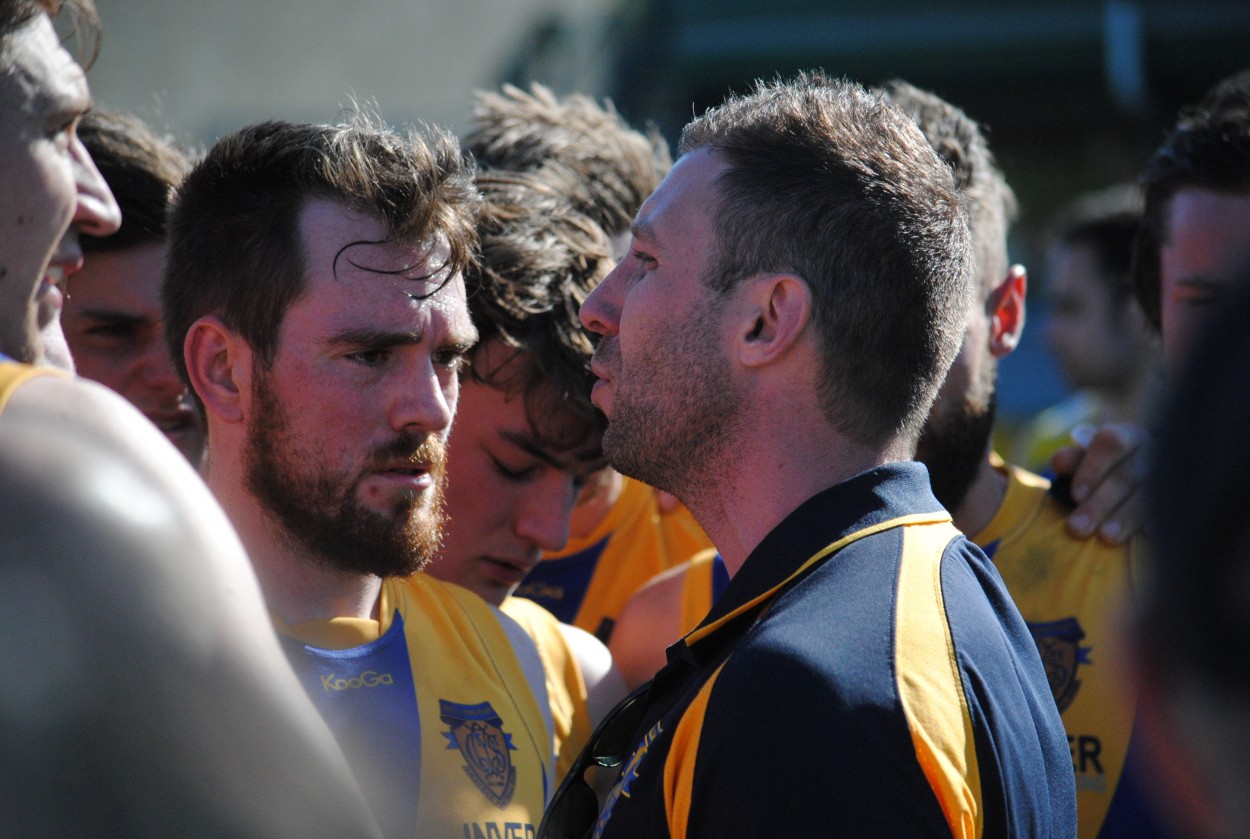 WHAT YOUR CLUB SAID THIS WEEK

Collegians match report after their 77 point win over Old Scotch

We hosted Old Scotch on Friday night under the lights at the Trott. I wouldn’t say it was a balmy night by any stretch but it was far more pleasant than our last foray, that’s for sure. We had to win to make the four and that’s what we did, by 77 points. Now you may have heard that “the Cards” rested a few topliners and played a couple of kids that have never troubled a “Gillette” but frankly it doesn’t matter. You can’t control the opposition, we knew what we had to do and we did it. [Read more]

It was a huge final round at ‘The Aquarium’ yesterday with our Senior and Reserves teams having very solid wins over local rivals St.Bedes/Mentone Tigers. The Seniors accounted for the Tigers by 42 points while the Reserves won their game by 52 points. Our Club continues on in the VAFA PREMIER Grade in 2015 after finishing the season in 7th place (Reserves 6th place) [Read more]

The Uni Blacks made it a perfect nine from nine at the Uni Main this season, with a strong win over St. Bernard’s on Saturday. Whilst next week’s final will be the match that lives long in the memory, any win is a good win and the Blacks are more than happy to take such form into September. [Read more]

University Blues F.C returned to Premier Division for the 2015 season after a last quarter blitz into the wind saw if overcome a willing St. Kevins by 39 points in the Second Semi Final at Elsternwick Park. The Junior Blues also booked a Grand Final berth in 2 weeks’ time after a 9 goal 3rd quarter blitz saw them overcome Whitefriars who were at home in Donvale. [Read more]

The seniors game was played at Sportscover Arena (VAFA HQ) and as seems to always be the case come finals, there was a strong 5 goal north wind blowing straight down the ground. The boys trained well during the week and had a light session on Saturday ahead of a meeting and the announcement of the final team. Based on match ups, Jacob Murphy was very stiff to miss out having played all season, it was a tough call, one Coxy didn’t enjoy delivering. Things did change overnight as Matthew Laidlaw was still feeling the effects of hamstring tightness and withdrew for the team, enabling Jacob to be called up. Whilst Matthew would be a huge loss the boys were thrilled to have Jacob back in the team. [Read More]

Hampton Rovers match report after their 34 point win over Marcellin

Hampton Rovers are through to the Premier C Grand Final after defeating Marcellin by 34 points at Trevor Barker Oval. The win also secures promotion to Premier B section for 2015.It’s been a remarkable turnaround for the Rovers after doing the double-drop from B to D. The club now returns to B grade three seasons after departing and will be aiming to win back-to-back premierships for the first time since 1946-47. [Read more]
Williamstown CYMS match report after their 36 point win over Therry Penola
Williamstown played four quarters of finals football to win their way into the Grand Final with a strong win over the previously undefeated Therry. A solid team effort was what was asked for and what was delivered in perfect conditions at Bill Lawry Oval. Danaher was best for Willy and John and Jack Gray each bagged 4. The Club now has two weeks to prepare for the eagerly awaited grand final. Plenty of work still to do. The win secured promotion to Premier C in 2015. [Read more]
St Mary’s Salesian match report after their 48 point win over Kew
In absolutely perfect conditions for the VAFA Division 2 Second Semi-Final, SMS kicked to the Berwick-Cranbourne Road end in the opening term. Players tested one another out in the early stages as both sides endeavoured to gain the ascendancy. Nick Curwood and Ben Porteous shared the ruckwork, and Nick Latsas and Tim Dudgeon were actively involved in midfield. At the back, the Saints were well served by the likes of Josh Tanner and Brett Gatehouse. For SMS, Jackson Strangward scored first major, but it was not until mid-term that further goals were added through Ben Andrews, Latsas and James Rogers. For the Bears, Max Waters scored their first six-pointer, and by first change the Saints lead was 19 points. [Read more]