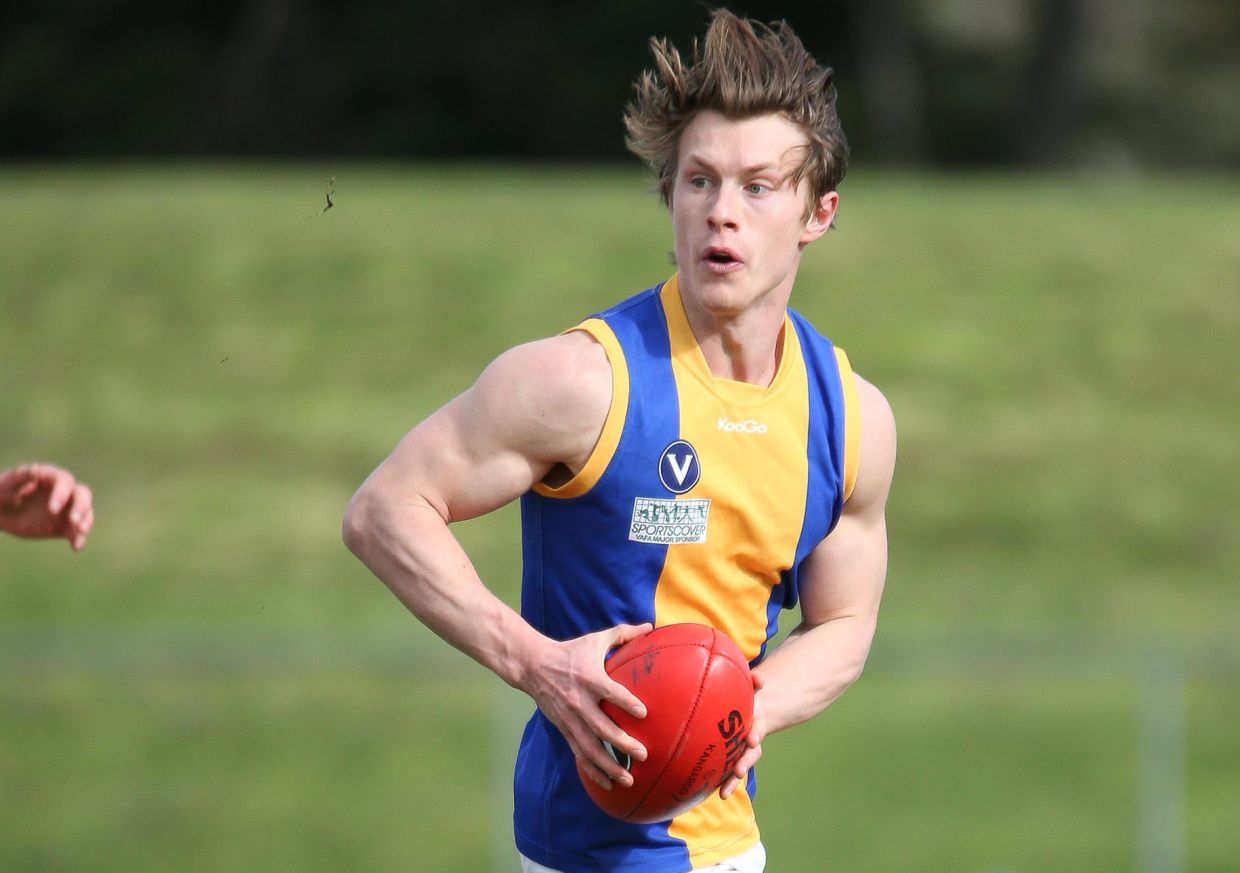 Three votes in the last match of the season between De La Salle and Old Carey capped off a stunning 2016 Woodrow Medal count for Jake Williams as he took home his second medal in four years.

The 22-year-old midfielder/half-back took the outright lead from Old Melburnians’ Matt Thomas in Round 7, and refused to loosen his stranglehold over the field throughout the rest of the count.

Thomas’ teammate Tom Paule drew level with Williams on 20 votes in Round 14 but a best-on-ground performance in De La’s Round 16 win over St Kevin’s took Williams to 23 and ultimately his second Woodrow since 2013.

Needing three votes in Round 18 to draw level with Williams, Paule managed just one in the OM’s 14-point loss to Collegians before the De La star registered his sixth three-vote performance to finish on 26.

University Blacks captain Bede Mahon polled consistently throughout the night and finished two votes behind Paule in third position. He racked up five best-on-ground performances, including four three-vote games between rounds 5 and 9.