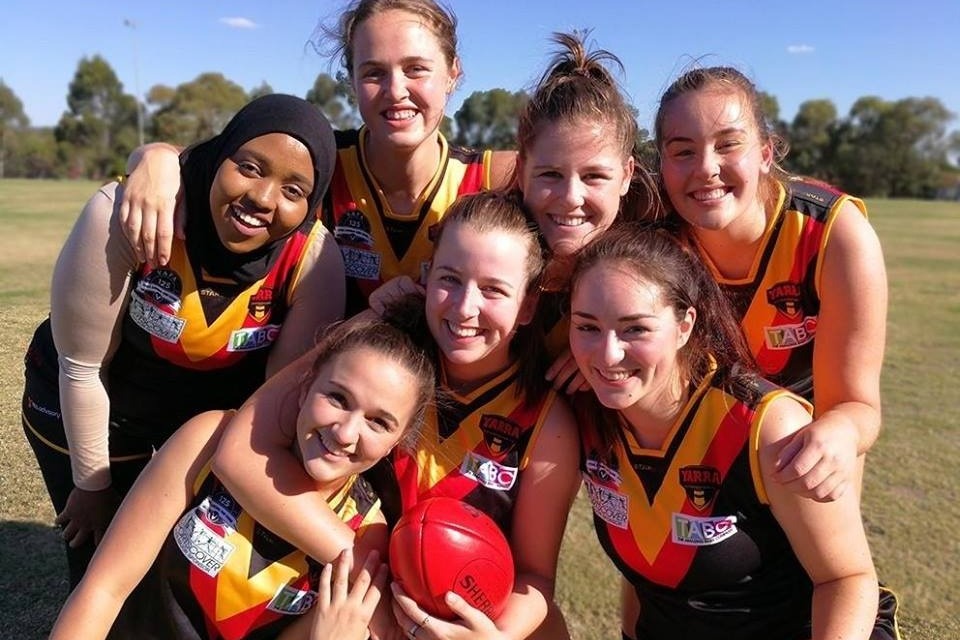 YOG’s women ‘Walk from the ‘G’

It’s pre-season training with a twist for the Yarra Old Grammarians women’s side as they plan to trek from the Melbourne Cricket Ground to Doncaster Reserve this weekend.

The ‘Walk from the ‘G’ concept was established by the women’s players as they endeavour to raise funds for a second side in the upcoming VAFA season.

Posting the news to the club’s Facebook page, YOG’s said it was of the utmost importance to replicate the men with two teams each week to ensure the long-term viability of the women’s program.

“With real momentum built off the back of a successful season in 2018, now is the right time to make this move,” it said.

“Not wanting to burden the club with out of pocket expenses, our women’s team have taken it upon themselves to raise funds.”

Since introducing their first women’s team two years ago in the inaugural year of VAFA women’s, YOG’s have witnessed a change in club culture, and an increased energy and vibrancy brought about by the female contingent.

2018 women’s best & fairest winner, Rebecca Dumesny, said a second side would assist with the development of the entire team’s skill and fitness levels.

“It will give younger and inexperienced players the opportunity to get out on the ground every week,” she said.

“We’d love to be able to put more girls in Yarra jumpers instead of turning them away because we can’t fund a second team.”

The journey will begin this Saturday 16 February at 11.30am and you can keep up-to-date with the women’s movement by following their Facebook page @yarrabushrangers.

Donations and messages of support can be made by clicking HERE