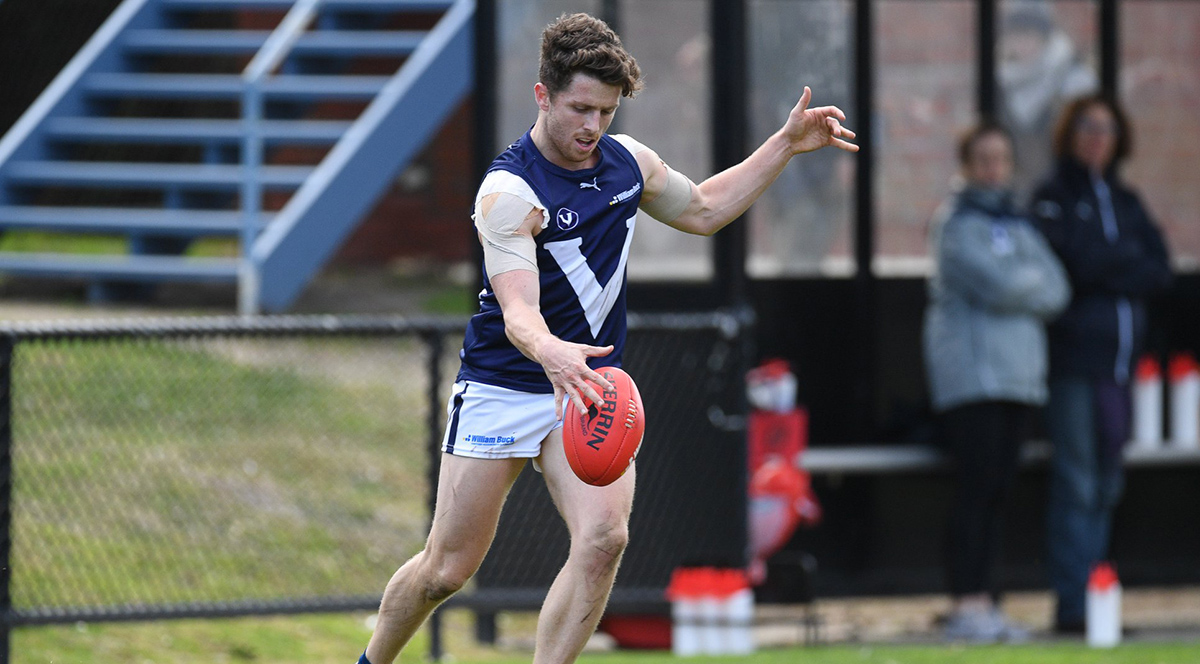 The Premier B – Division 4 Big V squad has been released ahead of the VAFA’s match against Perth FL (formerly WAAFL) in Western Australia next month.

39 clubs have been represented in the 73-man list with Premier B power houses Caulfield Grammarians and Old Scotch boasting five players each. Five players from five clubs in Division 4 will receive the opportunity to train and potentially represent the Big V; including St Francis Xavier’s Harrison Coe after his sensational start to the season with 51 goals from seven games.

Head coach, Dave Murray, said the initial squad is an “outstanding representation of the talent flowing through the entire VAFA community”.

“The honour and privilege of wearing the Big V is not limited to just our Premier sections and we are ecstatic to name 23 players from our Divisions in this initial squad,” Murray said.

“All clubs were asked to nominate players and we had a great response so we thank the clubs who made the effort to submit their nomination forms.”

The B-D4 side snapped a 12-year losing streak when they defeated an U23’s WAAFL team by 16 points at Trevor Barker Oval last year but will face a superior opposition in this campaign with Perth set to open selection to their entire playing community.

It has been the perfect start to the 2019 representative campaign after both the U19’s and women’s teams registered wins over AFL Vic Country and AFL Goldfields on Saturday.

The VAFA B-D4 side will face Perth FL at Fremantle Oval on July 6 before the senior men’s take on AFL Vic Country at Ikon Park on July 13.