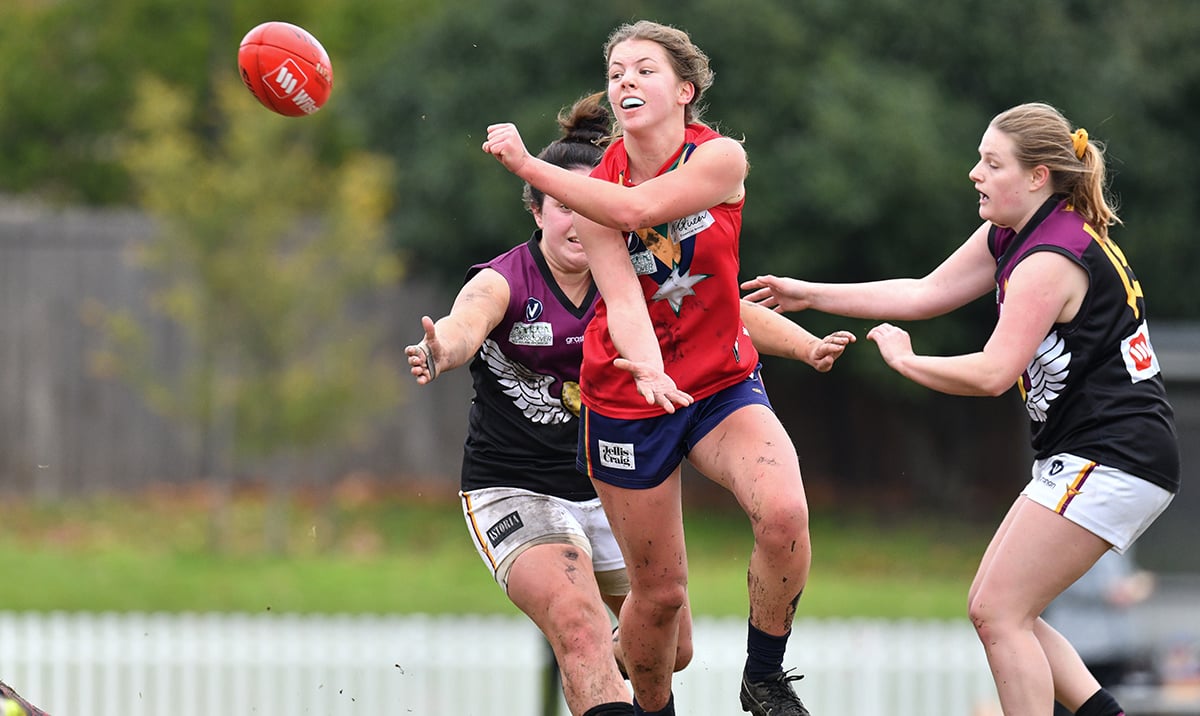 Congratulations to Scotch Stars half-forward Kate Hunter-Scott who has been named the Round 10 Anytime Fitness Rising Star nominee following her two goals and BOG performance for the Stars during their 35-point win over Old Haileybury on the weekend.

“Katie has played football for many years, starting when she was in Year 9 at MLC and previously playing for Kew Comets and Oakleigh Chargers.

Katie played basketball at a very high level and made the transfer to football quite easily. Katie plays a very unique role as a high half forward and plays a lot like Josh Caddy from Richmond with her ability to play tall and small. Her tackling pressure, ability to take overhead marks and her hands in close on both sides is elite.

Kate is ultra-consistent and performs well every week, with her hardness at the ball greatly respected at the club.”