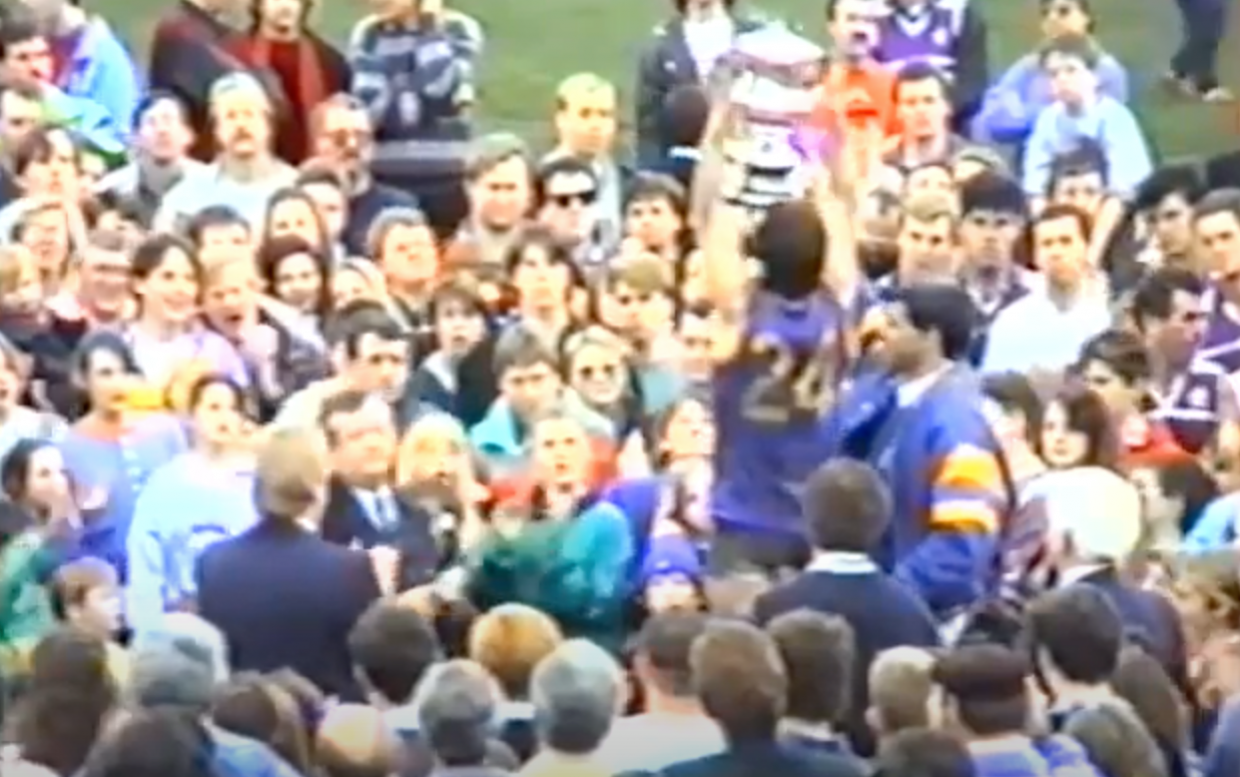 Bernie goes early but De La get it Dunn in ’91

The 1991 A Section Grand Final will forever hold a special place in the hearts of the De La Salle faithful.

We know they defeated a talent-riddled North Old Boys side in a five-point thriller, we know it was De La’s sixth A Section flag in 14 years and we also know it was their most recent in the VAFA’s top section.

What many of us didn’t know, however, was the light-hearted quote from De La’s senior coach and four-time premiership player, Bernie Dunn, that almost came back to bite him so hard, he’d still be unable to sit down today.

It needs to be said that De La were absolutely flying by half time. Pat Mannix, full-forward in the club’s 60-year anniversary team, had three goals and was dishing out assists like Magic Johnson, their backline was as secure as Fort Knox and held NOBs goalless to the half, and they entered the long break with a lead of 58 points. Things were looking very, very good.

Speaking on the VAFA ‘Clubs in Focus’ Podcast, Dunn reminisced on the game and the moment he almost lived to regret.

“It was late in the second quarter; it was 10 goals to none, and I said to Cookey (assistant coach Tim Cooke) – has there ever been a grand final where a team hasn’t scored a goal?”

If the answer to Bernie’s question was ‘no’, NOB’s weren’t about to become the first case study.

Having kicked a record preliminary final score against Old Scotch the week before of 22.20 (152) and running out 103-point winners, North recaptured that form in the second half as they clawed their way back into the game.

“They came out and ran all over us in the third quarter and they kicked six or seven goals to one so all of a sudden, they’re only three or four behind,” Dunn said.

“They stormed home and we kicked a goal early in the last quarter, which was only our second goal for the half, then we just hung on for grim death.

“They had three or four opportunities to score in the dying moments and they just couldn’t get the ball through the goals and we hung on.”

Hang on they did. By just five points in one of the greatest Amateur grand finals of all time. And Bernie, well, he is an all-time great.

Listen to this story and many others in next week’s ‘Clubs in Focus’ Podcast with interviews from Bernie, Barry Lyons, David Lowe, Andrew McIntosh, Matt O’Callaghan, and Brian Waldron.