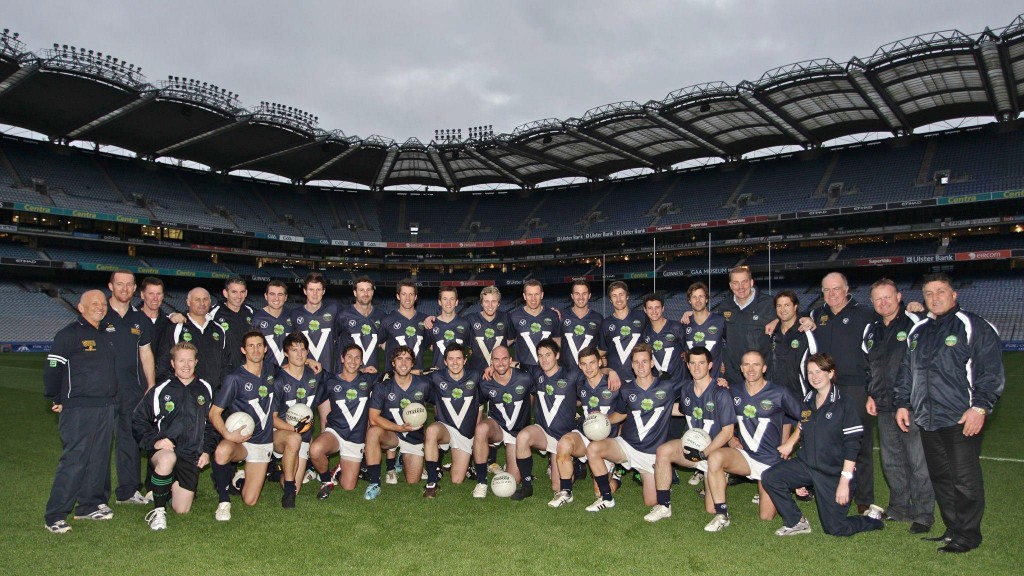 The 2015 Ireland tour is set to commence this Sunday when a group of VAFA representative players and staff travel to Dublin to kick-start a series of International Rules matches.

Arriving in Cork on Monday, the playing group will have three days to settle in and acclimatise before going head-to-head with both the Rangers and Stars within a three-day period.

After a three-day break between their second and third matches, the VAFA will attempt to reverse last tour’s result against Combined Universities, after they went down to their Irish counterparts by 18 points in 2013.

Wrapping up their tour of Ireland, the VAFA will partake in a Friday night blockbuster against Donaghmore/Ashbourne – a side they defeated by just eight points two years ago before making the trip to London for a Sunday match against AFL Great Britain.

The VAFA is proud to offer these opportunities to its players and wishes the team the best of luck ahead of its five-match tour.

The VAFA will provide reports for all five matches, and you will be able to keep up with the boys’ travels via VAFA social media; @VAFA_HQ on Twitter, vafahq on Instagram and on the VAFA Facebook page.

This year’s Ireland tour will be the third of its kind, after the biannual initiative commenced in 2011 when the Big V was led by coach, Dean Anderson, and captain, Matthew Torney.