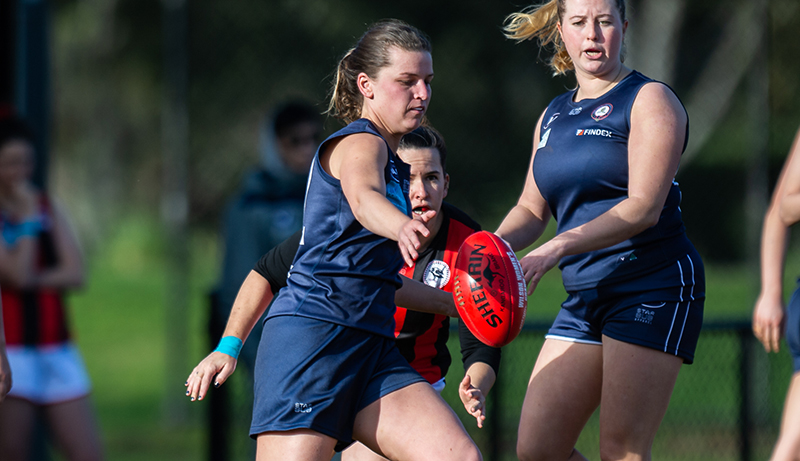 With the eager return to the footy field this week, both Therry Penola and Old Mentonians will be fighting hard as they try to secure a spot in the VAFA Women’s Division 2 Grand Final. Both these teams were Round 4 additions into the Division 2 women’s competition, and ever since they have continued to display their dominance over the other teams. They’ve won every game by 22 points or more, with the largest winning margin of 109 points (the largest of any team this year) going in favour of Old Mentonians. In addition, both teams have won their previous 5 games played. Leading goal scorer of Division 2, Jade Smith-Love (17), has been a standout up forward for the Panthers. On the other side of things, Eliza German has continued to lead from the front for the minor premiers and slotted 11 goals of her own. It’s a showdown between two power houses and we look forward to seeing who can progress to the decider on Sunday.

Would you believe that we have made it all the way to the pointy end of the season with Old Melburnians and Hawthorn AFC never going head-to-head? Their first, and extremely important clash, comes as both teams battle it out in the hopes of keeping their Grand Final chances alive. With a respective 5 wins to each of their names, the scene is set for an almighty game this Saturday at Elsternwick Park. Both teams have been standouts from a socring perspective, ranking second and equal-third. Hawk’s Alice Campbell has racked up up a solid 11 majors, making her one to watch around the goal. OM’s, who rank second for scoring, have been well led by Sophie Fraser and Georgia Dunlop – both of whom have been named in their best five times. With the eagerness and heightened intensity that comes from finals footy, it is hard to pick these two sides apart and predict a winner, making for an exciting game of footy.