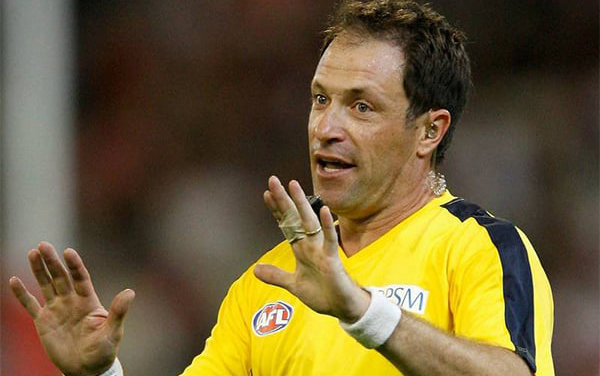 Yarra Old Grammarians FC has taken the first step towards the greener pastures of 2021 with the appointment of former AFL Umpire Michael Vozzo as senior men’s coach for 2021. Vozzo, who took charge of 281 AFL games (including 28 Finals and the 2006 and 2008 Grand Finals), comes to the club with a wealth of football experience at elite, local and junior levels and represents somewhat of a coup for the club, after the retirement of Rob Drew owing to the impending birth of his third child.

Post umpiring, Vozzo has maintained a hands-on role with the game, holding various coaching roles most recently as an assistant at Mulgrave FC and guiding the Under 16 Girls at Wantirna South JFC to a premiership.

What can we expect from the new coach? Vozzo himself puts it “I don’t believe in ranting and raving; I want to be an inclusive coach who will rely on heavy input from players, leadership group and other coaches. We are all involved in the game because we love it, so let’s enjoy our time spent involved in it and not get hung up on the small stuff.”

And even though his contact with the club thus far has been limited to facebook feeds and zoom meetings, the club has made a strong impression on him “(It is a) Close knit and well-connected club. I have already received calls from club stalwarts wishing me well and offering assistance whenever needed, including previous coach Rod Drew, that’s not only impressive but demonstrates great unity, solidarity and a genuine want for club success”

While we might not know when we will be able to be back at the club the prospect of 2021 excites him, especially “the opportunity to further progress a young playing list that has been well developed by previous coach Rob Drew, and has proven to be a highly competitive outfit”.