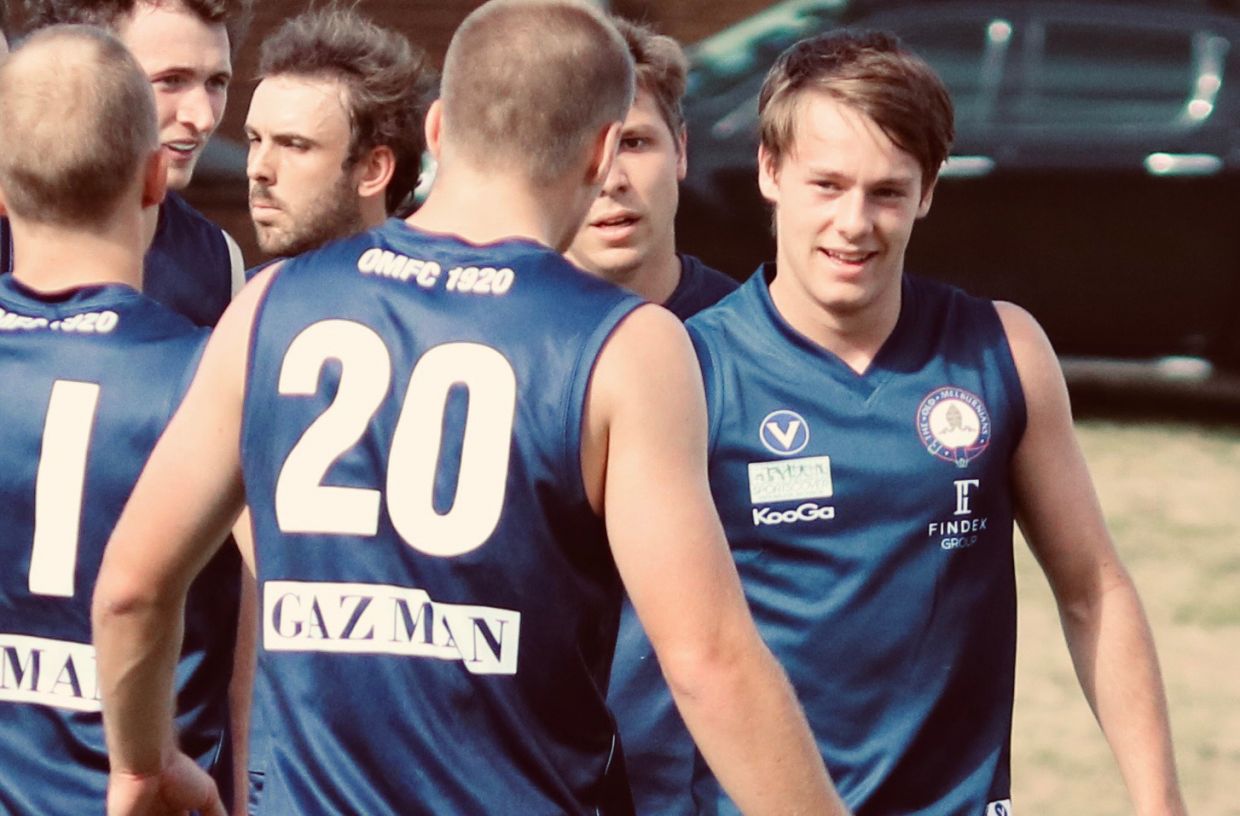 The VAFA congratulates Edward Nichols from Old Melburnians who has been named the Round 1 Mecwacare Men’s Rising Star after his standout debut performance against Caulfield on Saturday.

After finishing Year 12 last year and having played 1sts at MGS since Year 10, Ned offered outstanding run and carry for OM’s under new coach Paul Satterley.

“Ned’s ability to make good quick decisions in traffic and he has a great goal sense. He has exceptional skills, sure hands and has a great team ethos.

He is new to the Club and has spent the summer on the Western Bulldogs VFL team list. We hope he does great things at the Doggies but love it when he can play with us.

According to his coach, Ned has attributes akin to two-time Woodrow medallist Jake Williams from De La Salle.”