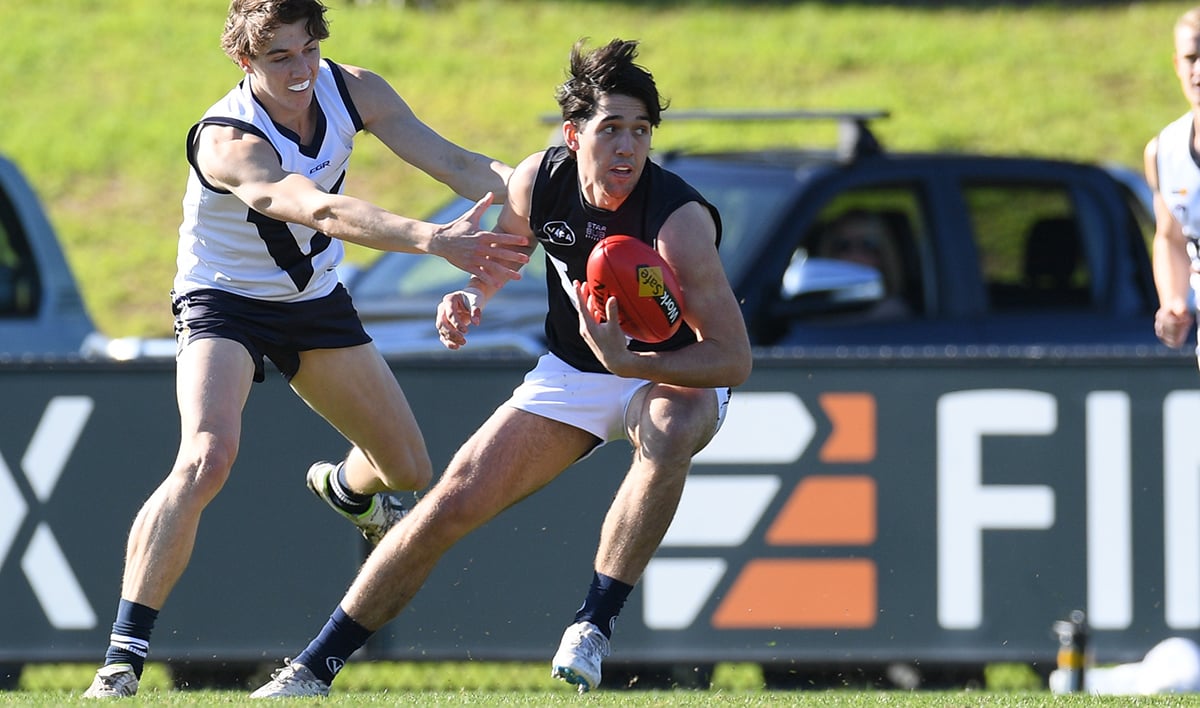 The VAFA congratulates Collegians forward & Big V U19’s star, Oliver Jackson, who has received the Men’s Rising Star nomination after he kicked five goals in the Lions’ Round 9 win over Uni Blues.

“This is Oliver’s first season at Collegians fresh out of school from Wesley College last year.

With his infectious smile and good sense of humour, Oliver is already one of the most popular young boys at the club. Oli had a bit of time at Footscray VFL earlier in the year but has decided to concentrate on  Collegians at the moment and their loss is Collegians gain.

He also played in the recent VAFA Under 19 win over Vic country and really enjoyed the experience of rep football.”