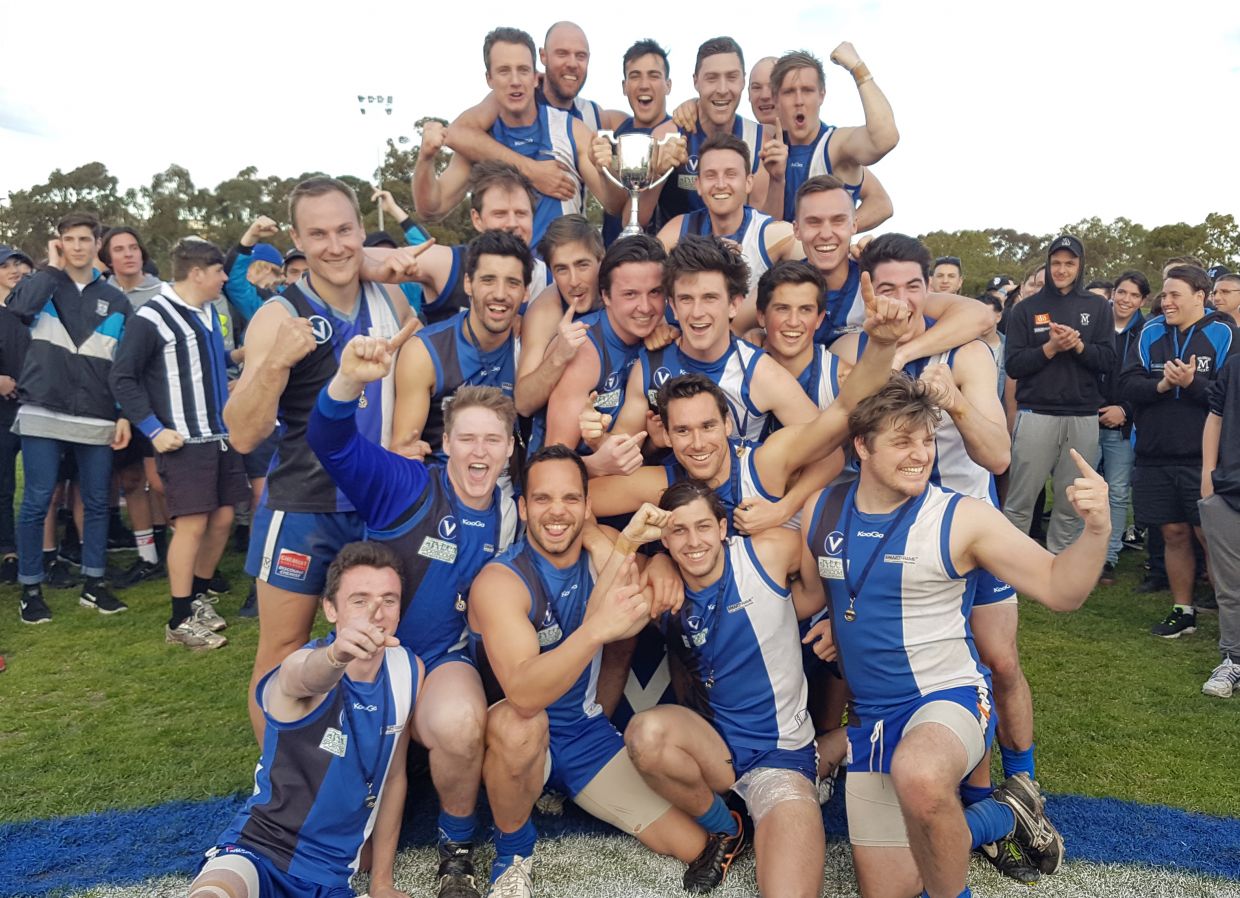 Mazenod will bounce straight back up to Premier B with their first premiership since 2000 after they defeated Peninsula by 34 points at Sportscover Arena.

Led by Michael Ritterman medallist and best on ground medallion recipient Liam Welsford, the Nodders restricted the Pirates to just one goal with the breeze in the first term and made them pay with seven goals to three in the second, taking a 20-point lead into the main break.

While the Pirates made a charge at the end of the third quarter and in the first five minutes of the fourth as ruckman Nick Fisher controlled the stoppages, the Nodders responded with the last four goals of the match.

Liam Riley was outstanding and Jacob Murdock top-scored with four important goals for the Nodders, while Adam Smrdel starred for the Pirates in the first three quarters.

It is the first senior flag for the Nodders since claiming the B Grade premiership in 2000, while the Pirates are now 0-8 from grand finals in the senior sections.

Earlier in the day, Williamstown CYMS claimed the reserves flag with an eight-point win against the Nodders.

Despite a five-goal to one run in the final term, the Nodders were unable to pin the CYs back as Zachary Read led the way with a best-on-ground performance.