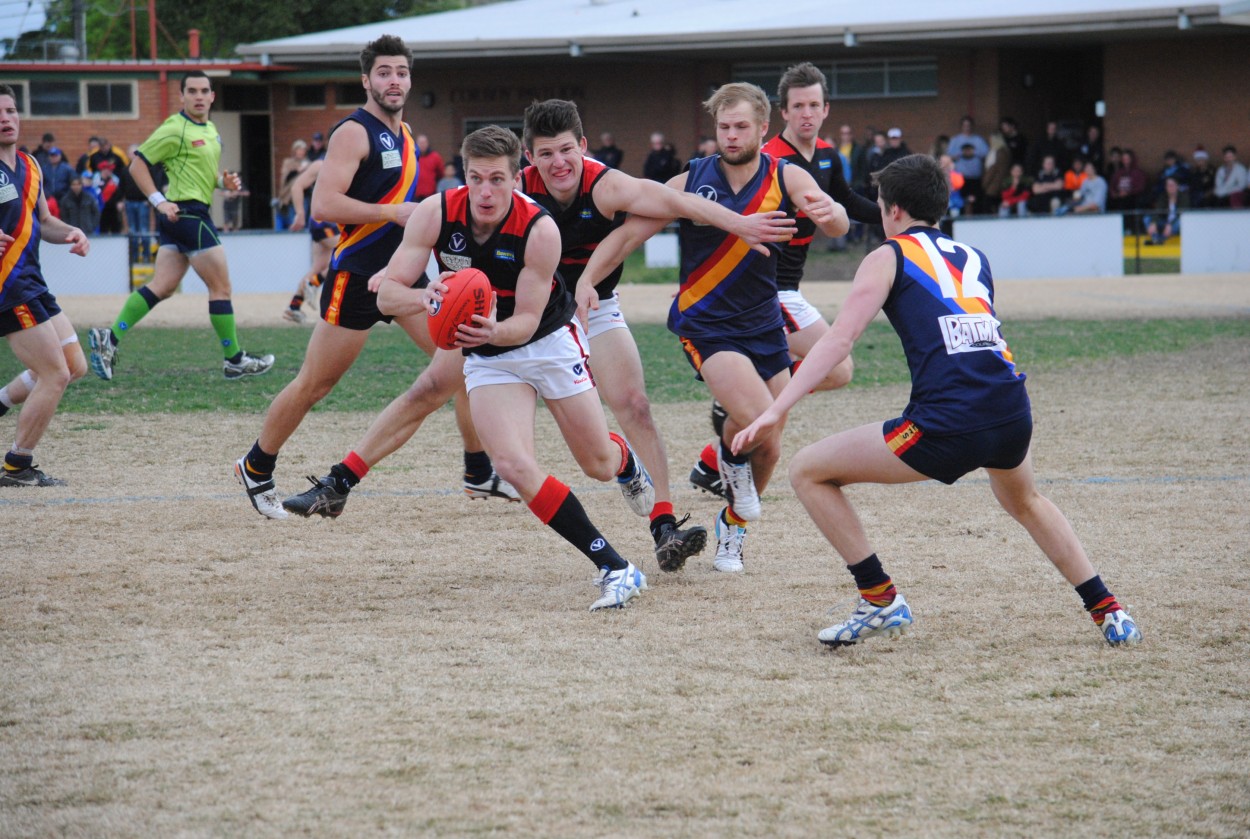 PLAYER DRAIN: TAKING A LOOK AT THE NUMBERS

With the 2014 World Cup in Brazil commencing in the next fortnight, some clubs have been working on plans to cover potential losses of players that have booked their tickets to Rio. Whilst rumours circulate on footy forums about the extent of the losses some clubs may suffer, my understanding is that losses to the best 22 a club puts out each week will be minimal.
One side that cannot afford any player losses to the beaches of Ipanema, is Old Xaverians. The reigning premiers have already used a staggering 45 players in just seven rounds of football. To put that in perspective, Xavs used 43 players in total in their entire 2013 premiership season.
Last year, De La Salle had a horror year with injuries and they used 48 across the season. So for Xavs to have fielded 45 different players at this point of the year is a significant stretch of the talent pool, even considering the Olympic size pool that Toorak Park operate. The average number of players used for Premier clubs in the first seven rounds is 33.
It’s no coincidence that the current top four have all used the least amount of players this year – all under the average. A settled side with your best players on the park regularly, enables the team to implement the strategies and game plans – or dare we say it, the structures – set out during the week or in pre-season.
Xavs have also had the least number of players play in every game to date. Just seven players have pulled on the red and black jumper in each of the first seven weeks of the season. The interesting one is Beaumaris. The Sharks sit third on the ladder and have also only had seven players suit up every week. The difference being, the Sharks have played the equal least number of players (28) as the table topping University Blacks.
Old Trinity’s lofty position is down to the way they are playing with enthusiasm, run and carry and they are one of the best teams to watch when in full flight. The ability to do this on a consistent basis is no doubt down to the fact the T’s have had the same 14 names of their 22 play in every match this year.
The surprising club is St Bedes/Mentone Tigers. Last year’s Grand Finalists have used the competition average of 33 players in their seven matches. However they are well above average in terms of the players that have played every game. The Tigers just haven’t been able to put four quarters together in any match this year. In their only win this year on ANZAC Day at Old Scotch, it was a last quarter blitz that stole the points from the Cardinals.
To win premierships you need your best players on the park more often than not. You only need to see what Hawthorn are going through in the AFL to see how injuries and unavailability’s can reduce your output. Old Xaverians have suffered both in the early parts of this season. When you are struggling, other teams, that for years have been beaten up by Xavs, can sense and opportunity to grab a win. That is what Old Brighton did last week and what De La Salle will be trying to do after the bye.
Xavs haven’t been far off the mark this year, but a premiership defence is looking less likely and they simply need to start winning soon. The other struggler, St Bedes/Mentone Tigers managed three solid quarters on the weekend, playing for four can’t be far away.