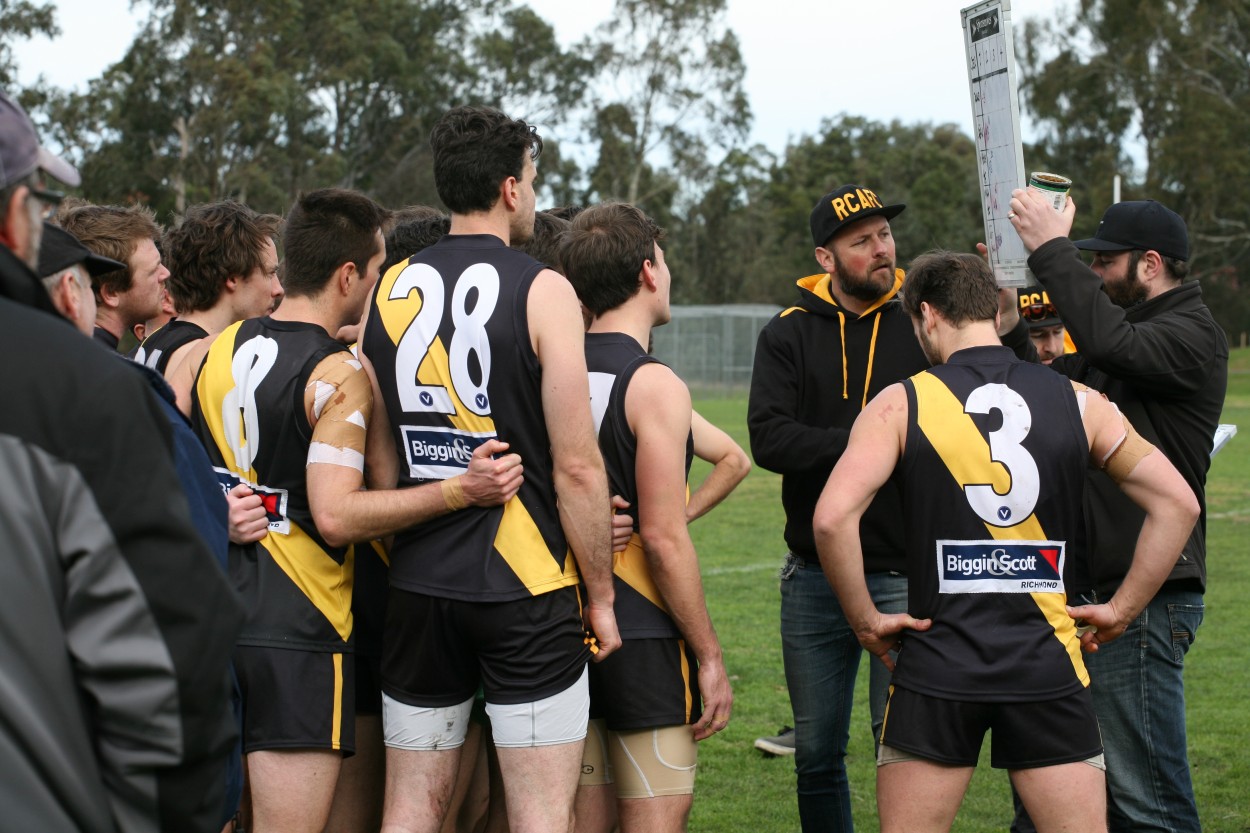 Richmond Central are a VAFA club going places. Fresh from the club’s most successful season to date, the Snakes are in the hunt for a new senior coach to lead them into their 2015 season in Division 2.
Unfortunately, Marcus Goonan who had been instrumental in their success and had intended to stay on well beyond this season has decided to move to the country with his wife and will not be available for 2015.
The club is extremely grateful to Marcus who returned to the club as head coach from Premier club Beaumauris. Marcus brought a level of enthusiasm, professionalism and dedication to the role which was a considerable factor in the Snakes successful year.
In 2014, Richmond Central won both a Division 3 Reserves premiership and claimed back-to-back Club XVIII premierships, whilst their senior side earned promotion to Division 2 after narrowly losing the Division 3 Grand Final by four goals.
This presents a genuine opportunity for the right person to take over a developed side that finished the season very strongly and will look to build on this success in Division 2.
The club has ambition to move up through the VAFA sections and they will continue to support the football operations with the best possible on and off field support. Richmond Central are looking for someone who will play a long term role and fully own the position.
Richmond Central have built an exceptional culture that has seen a strong retention and recruitment of the playing list year on year. This has also transferred off field with the growth of a netball program of over nine teams. Those within the club can attest to our reputation as a country club located in the heart of Melbourne.
Richmond Central are offering a competitive remuneration package for the right candidate.
Applicants please contact the club President, Rowan Pizzey, on:
Mobile: 0409 540 011
Email: [email protected]