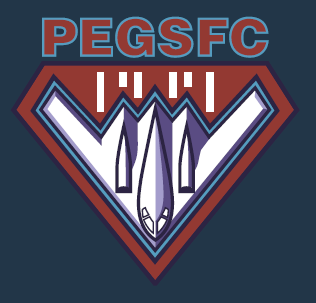 PEGS have played in the VAFA consecutively since 1984 when they joined the competition for a second time as Old Essendon Grammarians. Old Essendon Gr. as a club were formed in 1968 and spent their formative years in the EDFL. A short two year stint in the VAFA for the 1970-71 season was interspersed between those EDFL years. After joining the VAFA, it took only a couple of seasons for Old Essendon to secure a first senior flag in 1986 F Section. It was a great year for the club that also won the inaugural VAFA Club Championship that year. It would be a further decade before their next success at senior level and this E Central Section premiership in 1996 triggered an ascension through the grades to make all at the club proud. Despite their success at climbing through the sections, it was done without another senior flag. The Bombers were runners up in Division 1 (2000), C Section (2001) and B Section (2008). The club had made it to the highest section in the VAFA, but their time was shortlived, a solitary season had them finish last place and a return to Premier B. Unfortunately, this drop was immediately followed by another and the Bombers were in Premier C for the 2011 season. The club formally changed their name to PEGS before the 2012 season and were most recently successful when they came from third spot on the ladder to claim the Division 1 flag in 2017. Under the guidance of Division Sections Coach of the Year, Dane Pound, the Bombers completed one of the greatest grand final wins in history when they came from 57 points down during the second term and ran out 13-point winners against St Mary’s Salesian. It was the third senior flag for the club and the highest section they’d ever tasted success in.

2017 VAFA Coach of the Year, Dane Pound, will be stepping down as PEGS senior co...read more

The boys are back at PEGS

Tash Gunawardana After six years away from PEGS, Josh Pound is set to fulfil ...read more

Baddeley, Sweeney hang up the boots

"You are doing my head in. Get back to the football club." Watch PEGS Fo...read more

PEGS will play off for a grand final appearance next weekend after they proved t...read more