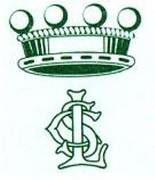 Power House first commenced in the VAFA in 1940, although the outbreak of World War Two saw that the season ended before it really go going. Whilst the VAFA resumed in 1946, it took Power House until 1947 to rejoin in C Section, however that first season was a poor one and Power House would be in the re-introduced D Section for the 1948 season. Despite the slow start, three of runners up finishes (D – 1950, C -1953 and B – 1956) had the club in A Section. Unfortunately the club fell back in successive seasons to C Section although this is where their first breakthrough occurred as Power House won the 1959 C Section premiership in a year they failed to lose a game and thus earned the title of champion team. Power House won the D Section premiership in 1971 but their next premiership was one of the more obscure premierships in VAFA history. The C Section Grand Final of 1973 was never actually played, despite this Power House were named premiers. Power House’s opponents for the day were to be Fairfield, but as Fairfield were found to have played an ineligible player they were withdrawn from competition for the year. It is one of the more obscure reunions as the team gets to celebrate their ‘premiership win’. A 29 year premiership drought was broken in 2000 when the club won the Division 3 flag, despite this Power House would fall again before winning the 2006 Division 4 premiership. More recently, the House ended a nine-year run in Division 3 by making the grand final against UHS-VU and, despite the loss, made the move up to Division 2. They entered their inaugural team in the VAFA Women’s competition in 2018 and finished fourth in Division 3.

The VAFA extends its deepest condolences to Power House AFC, and the family and ...read more