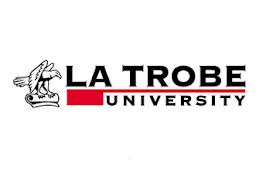 La Trobe University were admitted to the VAFA for the 1970 season. The following year with the re-introduction of F Section, the club split into La Trobe Blacks (who retained their place in E Section) and La Trobe Reds (who entered the competition in F Section. Blacks broke through for the club’s first senior flag in 1976 and whilst the Reds had some good individuals they were never able to break out of F Section. The club again pooled its resources in the 1980’s to become simply La Trobe University again. Success came at the end of the decade when the club won back to back premierships in F Section (1988) and E Section (1989). The club won another E Section flag in 1999 and continuing their history of a premiership every 10 years, La Trobe claimed the 2009 Division 4 flag. The club followed it up with the Division 3 premiership in 2010. 2018 proved to be a tough year for the club as they had no home ground due to redevelopment and were forced to play the majority of home games away from the university at Parade – they’d ultimately win just one game and suffer relegation to Division 4.

Celebrating the past as La Trobe look to brighter future