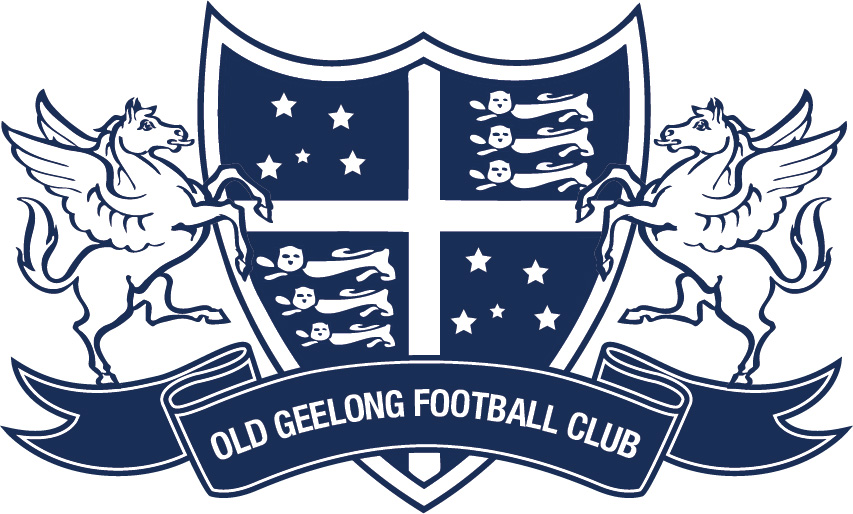 Women’s/Under 19/Club XVIII: As above.

Old Geelong Football Club was formed in early 1954 as the Old Geelong Grammarians Football Club, playing its first game in the Victorian Amateur Football Association’s newly created E Section on 24 April of that year.  It enjoyed early success as runners-up in 1955, and Premierships in D and C Sections in 1956 and 1957 respectively.  In its inaugural year it used a ground at Yarra Park, and then moved to the small St.Kevins No 2 ground for seasons 1955-1958.  In 1959 it transferred to a larger ground in Burnley, and after a couple of years there, it was fortunate to secure the use of Como Park, South Yarra, where it has been based ever since.

At the end of 1973, in recognition of a major change in the membership of the Club, with a significant number of Old Geelong Collegians in particular having joined it in previous seasons, the name of the Club was changed to the Old Geelong Football Club.

The recruitment of Old Xaverians premiership coach, Nick Bourke, as Director of Football in 2015 helped the Ogs claim the 2016 Division 1 flag over Old Mentonians, with Bourke taking the senior coaching role in 2017. Also in 2017, Ogs entered a team into Development Division 1 in the inaugural season of VAFA Women’s after winning one of the two available pre-season Lightning Premierships.

2018 was a special year for OGs as they made a grand final appearance against Fitzroy in Premier C and earnt promotion to Premier B for the first time in 50 years.

Old Geelong has appointed Nathan Brown as senior coach ahead of the 2020 season....read more

In the first episode of HQ News for 2017, we go one-on-one with Old Geelong Foot...read more

Old Geelong has made a significant off-field move to help ensure their continued...read more

Will Balme @balmey21 As the most annoying month on the Australian sporting cal...read more