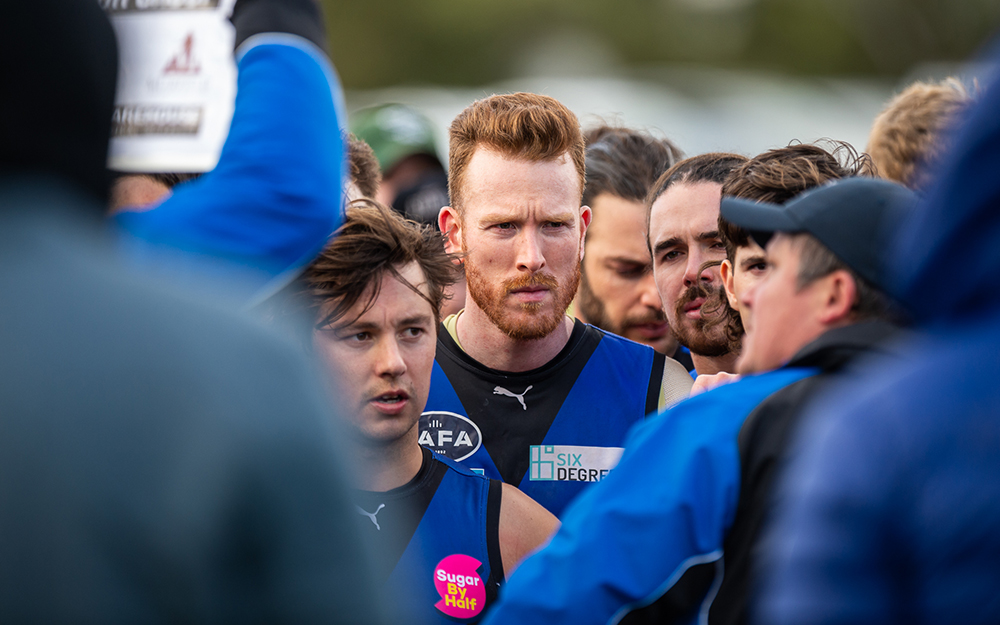 Old Xaverians proved too strong for Old Scotch in their Round 2 rivalry clash, running out 94-point winners at Toorak Park. Leading by four points after a tight first term, Xavs capitalised on a few skill errors from Scotch and kicked away with 14 goals to two thereafter. Michael Batten kicked four goals in a BOG performance with his forward pressure a thing of beauty, while Jordan Kelly and Will Hams starred across half back. Campbell Lane and Marcus Stavrou found plenty of it for Xavs, while Tom Kerr played a standout role on Rohan Bewick.

Four goals to one in the final term helped St Kevin’s OB to a thrilling three-point win over Old Brighton at Brighton Beach Oval. SKOB trailed by 22 points at three-quarter-time but came home strong thanks to dominant performances from Conor Ross and Josh Wallis. After kicking four on debut last week, Tom Boyd top-scored with five of SKOB’s 11 goals. Will Lewis kicked three for Brighton alongside leading performances from Nick Pavlou and Tom Yorgey.

St Bernard’s claimed their first win of 2021 after they defeated Collegians by seven points at Harry Trott Oval. Leading by one point at the final break, it was a shootout in the fourth with the Snow Dogs booting five goals to the Lions’ four. Marcus Holland, Dom Sullivan and Edyn Sibbald kicked three goals each for Bernard’s, while David Mirra starred with four for the Lions.

University Blues are away in season 2021 after claiming victory against Caulfield Grammarians to the tune of 20 points. The Blues trailed by 13 points at the main break but fought back with eight goals to three in the second half. Sam Grimley and Kieran Harper booted four goals each, while Jay Kennedy-Harris and Cam O’Shea flexed their muscle throughout the day. Brett Eddy found his range with three goals for the Fields.

Round 1 kicked off with a Friday night blockbuster between Old Trinity and Old Melburnians, resulting in a 29-point OM’s victory. After a tight opening half, the OM’s put their foot down and slammed home six goals to one before the T’s fought back in the fourth with six of their own. Jackson Paine kicked four goals for OM’s alongside another standout Ned Nichols performance, while Anthony Larkey and Myles Scott were the T’s best.