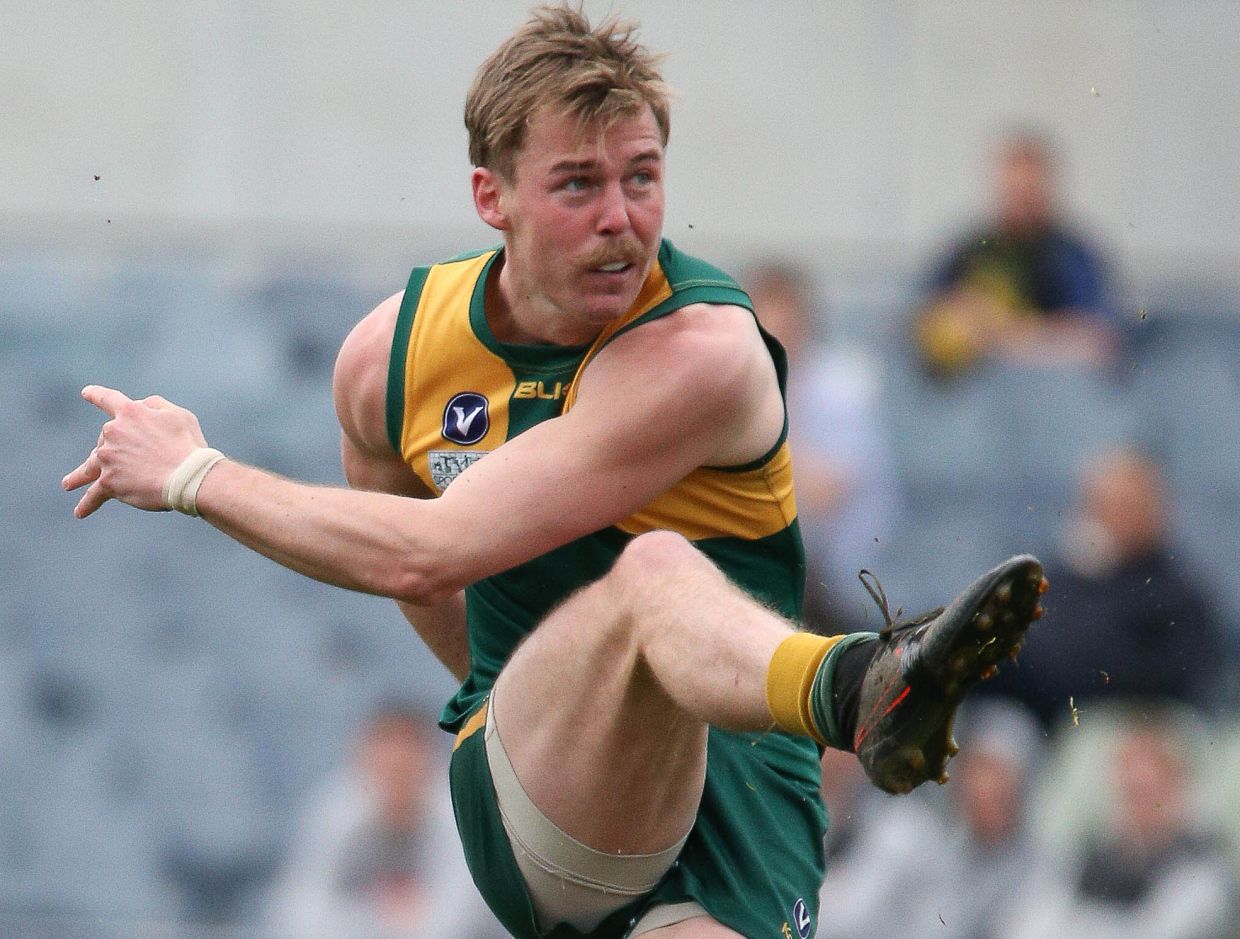 Beaumaris has kick-started their return to William Buck Premier with a 10-point lightning-affected victory over Old Melburnians at Banksia Reserve. The game was abandoned 16 minutes into the final term due to lightning shortly after the Sharks kicked the only goal for the term. Scott Braithwaite, Rob Cathcart and Stephen Milne kicked six of their sides seven goals while Max Williams was named best afield. Nick Daish fought valiantly for OMs alongside two goals from 2016 Big V players Tom Paule and George Hurley-Wellington.

Collegians overturned a 27-point first-quarter deficit and ran out 19-point victors against St Bedes/Mentone Tigers at Brindisi St Oval. The Lions allowed eight scoring shots to one in the first term but piled on six goals to one in the second and took a nine-point lead into the main break. The Tigers regained composure with two goals to nil in the third before a Lachie Ferguson-led Lions came home with five majors and the four premiership points. Ferguson starred with four goals in his first game back for the Lions from Collingwood’s VFL list, while Sam Hibbins and 2016 Coaches MVP Tom Penberthy continued their strong form from last year. Simon Richards showed poise and class all day for the Tigers with two goals.

Four unanswered goals in the final quarter helped Old Trinity to a stunning two-point come-from-behind victory over University Blacks at Uni Oval. The T’s trailed by 41 points at half time, but showcased their maturity with an eight goal second half led by a four-goal haul from Seb Nicolosi. Jack Osborn, Ben Howell and Gabe Hamilton were outstanding in the T’s fightback, while Lochie Dornauf backed up his 41 goals in 2016 with a bag of six for the Blacks, including three in the first term.

St Kevin’s vice-captain Nick Wood led from the front as his side secured a comprehensive seven-goal victory over University Blues at TH King Oval. Wood kicked three goals for the match and racked up disposals at will as SKOB outscored their opponents in every quarter. Lachlan Sullivan bagged three for the home side while Mitch Brown registered the first goal for the day with a 55m bomb. Ross Young made a successful return to the Blues after a year in the country and Kieran Harper was hard at the contest all day.

Eight unanswered goals in the fourth term led Old Xaverians to a 36-point come-from-behind victory over De La Salle under lights at Toorak Park last night. Trailing by 15 points at the last break, the Xavs were relentless as Brendan Goss and Bill Gowers kicked two each in the fourth. Matt Handley was instrumental across the ground for the reigning premiers while Tomi Johnston continued his stellar 2016 form through the midfield. Ed Clinch constructed the best all-round performance for De La as they seemed to run out of legs towards the end of the game.