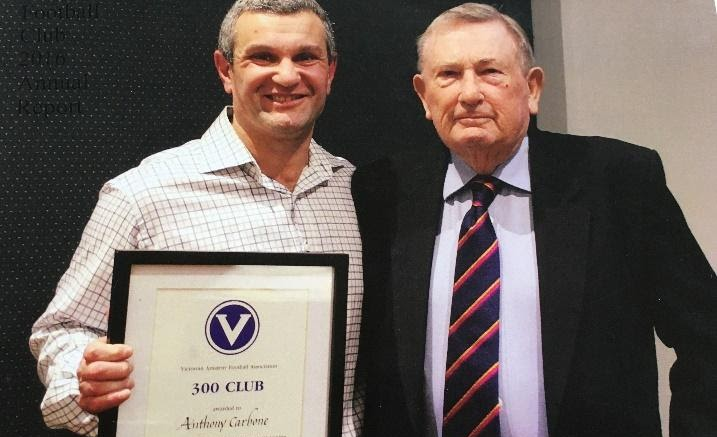 The Victorian Amateur Football Association extends its deepest condolences to the family and friends of Tony Borrack who passed away earlier this year.

Tony, who was a Life Member at both Commonwealth Bank AFC and Whitefriars FC, played 317 games for Commonwealth and won four B&F Awards. He then turned his attention to off-field service, having served as President of both clubs among many other roles.

Whitefriars Football Club lost a great servant in Tony Borrack who died in late May – our club wished to pay tribute to Tony once we were back playing football alas not to be in 2020.  He was a giant for the club since our early days and his legacy lives on with influence on so many at the club as players, coaches, volunteers, and supporters.  Tony’s initial dalliance with the club was as a quiet spectator watching games featuring his son Matthew, the committee of the time got him out of the car and that was it!  The next year Tony joined the committee quickly putting his stamp on the club.  He became president in 1991 staying in that role through to 1997 overseeing two senior premierships in that time.  He was instrumental in appointing both of those premiership coaches in Peter Hannan and Des Meagher.  For all of his capability in administration, his eye for football was second to none and spent a number of years as Chairman of Selectors.

Since stepping down from the committee Tony remained an active member of the club providing valuable guidance and input for all.  Selection night was all important to “Bones” who would always grab hold of the team board to review selections.  Always gave the big men a pump up and ruckmen over the years were always close to his heart. Match days were a favourite, lunch with his mates before taking up position on the hill providing advice to umpires and opposition coaches, his tones recognised across the ground and the association

Tony’s contribution to the VAFA extended well beyond the Friars, he played over 300 games for the Commonwealth Bank with the old pavilion at the Harry Trott Oval named after him.  He remained an active member of the Commonwealth Bank Past Players through to his passing. He was remembered by teammate Ray “Action” Edwards as a talented centremen with a magnificent raking drop kick. Before joining CBFC Tony played for Chiltern in the Ovens & King League and notably kicked a goal to win a senior grand final as a 15-year-old. 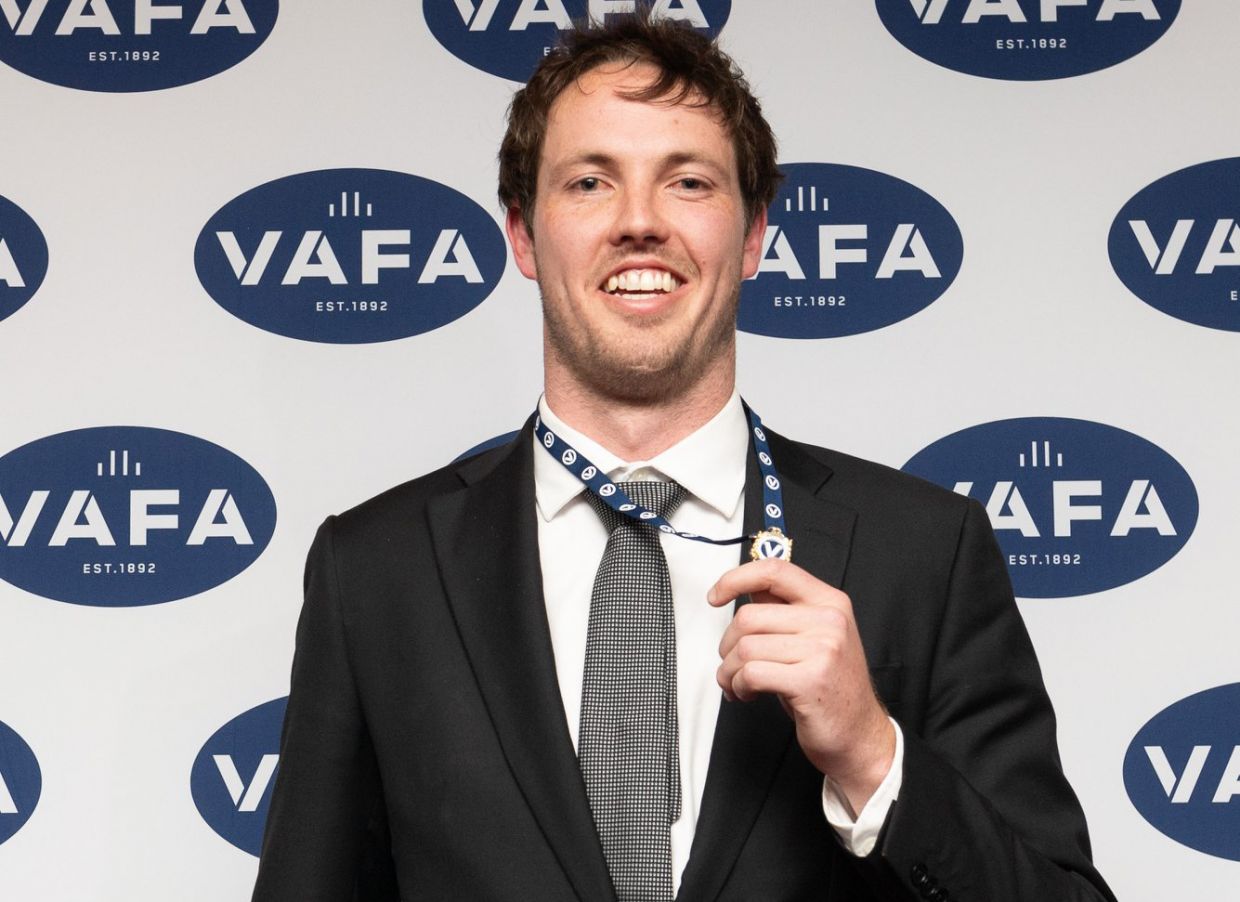